A century on debut is a rare feat which is still a dream for any Indian cricketer. Registering a ton does not make anybody special unless he continues to play for the team and be consistent. Even Sachin Tendulkar took 79 odd innings to get to his first ODI century. Yes, he didn’t score a single century in the first 78 innings of his international career.

Raman Lamba was a known for his swaggering style of stroke-play and was one of the finest players in domestic cricket. He made a scintillating half-century on his ODI debut against Australia in Jaipur in 1986-87. In that series, he smashed Craig McDermott for a six over the point which is still fondly remembered by fans and experts alike. He won the man of the series award.

It took him only 6 matches to score his maiden ODI century against the Australians at Rajkot, but, unfortunately, India lost the match. However, people knew he had some blistering talent of quick reflexes and aggressive batting. His position in Indian team remained in juggling. But his domestic score was unmatched.

India vs Bangladesh 2019: Time Announced of the First-ever Day-night Test in Kolkata

He scored 320* in the Duleep Trophy final for North Zone vs. West Zone. He scored two triple hundreds in the Ranji Trophy and recorded an average of 53. He desired to play for Delhi until the age of 45 but he met with an accident on the field and lost his life. He died at 38 playing for a domestic club in Dhaka when he was struck by the ball while fielding. 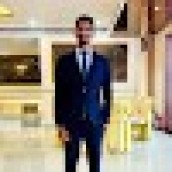 “I am Close From the End”: Stan Wawrinka Opens up on Retirement Plans

The Best Performances of Lewis Hamilton’s Career So Far