The Summer Paralympic Games will kick off in Tokyo, Japan from August 24th to September 5th, 2021. The Covid-19 pandemic forced the games to be rescheduled from 2020 to 2021. Likewise, the competitions are behind closed doors to reduce the spread of the pandemic.

Despite the Olympic games happening in 2021, marketing purposes meant the event to be branded under the year 2020. Significantly, Tokyo will host their second Paralympic games, becoming the first city to host the event, twice.

The Tokyo 2020 Paralympics will mark the 16th edition of the Paralympic Games. After starting as a small meet by the British World War veterans in 1948, it has become a predominant event in the 21st century.

Despite the large funding gap between both these Olympic Games, non-disabled athletes strive for equality and showcase their talents on the grandest stage of them all. From 400 athletes in the first event, it has grown into a worldwide global competition to around 100 countries taking part in London 2012.

Earlier, Tokyo hosted the Paralympics back in 1964.

The competitions will start on August 25th after the Opening Ceremony of the Tokyo 2020 Paralympics. The organizers will hold the closing ceremony on September 5th. These are the starting days of the events in Tokyo.

On 25th April 2016, the emblems of the Tokyo 2020 Paralympics were revealed. Significantly, it features a hand fan in a circle form and is filled with an indigo-colored checkerboard pattern. The design goes deep into Japan's history and culture with the color and pattern in place. However, the initial design got replaced with accusations of plagiarism of the logo to Belgium's Theatre de Liege.

Similarly, the organizers designed the mascots of the games similar to that of the Olympic Games. While Miraitowa became the showstopper for Olympic Games, Someity is the official logo for the Paralympics. Moreover, the logo of the Paralympics is pink while symbolizing the cherry blossom flowers. It's a calm entity with a powerful ability, an astute nature-lover, while also has the ability to speak to the wind.

Likewise, badminton and taekwondo will make their debut in this year's Tokyo 2020 Paralympics. These competitions will replace sailing and 7-a-side football. Moreover, there are 539 events in 22 sports in this year's Games.

Notably, the cycling events are split into both road and track, while team events for both men and women include goalball, sitting volleyball, and wheelchair basketball. Wheelchair rugby as usual will be a mixed event, while men will only play the 5-a-side football.

The games include nations from all over the world who compete against each other to bring glory to their nation.

The opening ceremony took place at the Olympic Stadium in Tokyo, Japan on 24th August 2021. Moreover, the theme of the ceremony was "Moving Forward: We Have Wings". It is involved around air travel which includes airplanes, airports, and air travel. The stadium hosts the closing ceremonies and track and field events during the Paralympics.

Japanese pianist, Nobuyuki Tsujii, performed at the opening ceremony. The refugee Paralympic team led the opening ceremony, after which countries came in alphabetical order. The future hosts of the Games USA, France, and Japan came in last positions.

Around 161 countries will take part in this year's Paralympic games. Likewise, the World Anti-Doping Agency issued a ban on Russia for tampering with lab data when they submitted the tests, but the athletes will compete under the Russian Olympic Committee. Moreover, North Korea won't take part amidst the pandemic while Afghanistan withdrew from the event because of ongoing unrest.

Bhutan, Grenada, Maldives, Paraguay, and Saint Vincent, and the Grenadines will make their debut in the Paralympics. Mandatory Covid restrictions are also in place for the nations to follow.

Where to watch the Paralympics 2021

Like the Olympic Games, NBC, NBCSN, and the Olympic Channel will telecast the Paralympics in the United States. Peacock, NBC's stream, will telecast the events live. NBC Sports digital platforms will do live streaming as well. The first events are wheelchair basketball, wheelchair rugby, cycling track, and swimming, which starts on Tuesday, August 24 from 10 PM until 3 AM. 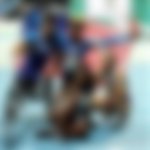 Like the Tokyo Olympics teams, the US team for Paralympics is a strong contingent of athletes who go to Tokyo to bring glory to their nation. They are a nation that consistently delivers on the grandest stage of them all and looks to win every medal, yet again. There are 242 athletes representing the USA at this year's Paralympics. Brazil, Japan, ROC, and the UK are the other four nations that bring over 200 athletes for the Paralympics.

The United States is one of the most dominating teams in Paralympics history, and they probably won't stop in 2021. In total, they have won 847 gold medals, 778 silver medals, and 742 bronze medals in the Paralympics.