Logan Paul is one of the most popular content creators in the community. He has created an enormous empire on YouTube and his podcast Impaulsive, has also become tremendously successful. Other than his mind-boggling achievements on the platform, Logan is also known for his boxing career and love for the Pokemon franchise.

After Logan lost against KSI, he decided to find a new hobby for himself and discovered his hidden love for the Pokemon franchise. Over the years, Logan Paul has spent millions of dollars to complete his Pokemon collection. Interestingly, he finally was able to get his hands on the world’s rarest Pokemon card and his dream card.

Not to mention, just 23 copies of the Pikachu Illustrator card have been certified to date by the Professional Sports Authenticator (PSA) responsible for grading cards’ condition. In addition to that, Logan Paul has now become the sole owner of a PSA 10 Illustrator Pikachu trading card. 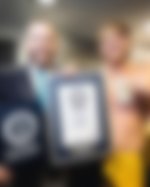 Moreover, Logan was handed a Guinness World Record for the “Most Expensive Trading Card Sold at a Private Sale.” Let’s hear more about Logan’s story of becoming the sole owner of a PSA 10 Illustrator Pikachu trading card.

How much money did Logan spend on the Illustrator Pikachu trading card?

In the video, before trying to purchase the card, Logan asked his crewmates how much money he should spend on this card. Back in February 2021, Logan decided to spend $4,000,000 on the card; however, in just 24 hours, the deal was canceled. Indeed, it broke Logan’s heart and we could also notice his frustration in the video. 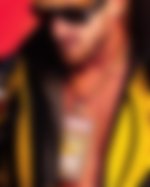 However, after getting aware of a PSA 10 Illustrator Pikachu trading card, Logan couldn’t let this perfect opportunity go by his hands forever. Thus, he again tried to contact the seller only to find out that he raised the price to $6,000,000. Since the price was too high and Logan’s determination was on the roof, the seller gave him another option.

WATCH THIS STORY:  Biggest streamers who left Twitch and switched to YouTube

He also said, “Oh My God. Ladies and gentlemen, the moment we all have been waiting for. Oh My God bro. What was thought to once only be a myth is now sitting in front of me inside of a custom Maverick case.” Logan Paul was shocked after viewing the seller’s collection and confronted that he spent over $5,300,000 to get his hand on the world’s rarest Pokemon card.

Did you know that Logan Paul owns the world’s rarest Pokemon card? Let us know in the comments down below.