Shikhar Dhawan Biography
33-year old Shikhar Dhawan is currently seen as the star player for Delhi Capitals. The Delhi-born man was one of the key players for the national team. Shikhar Dhawan's records include, the fastest ever debut century.

IPL Career
He was quite an expensive man during the IPL 2019 auction. In fact, Shikhar Dhawan's auction price in 2018 was Rs 5.2 crore. Kings XI Punjab won the bid, but the Sunrisers used their Right to Match card and reclaimed him.
Shikhar Dhawan's IPL career actually kicked off with the then Delhi Daredevils. Then, in seasons 2 and 3, he became a Mumbai paltan before moving to the Deccan Chargers for IPL 4.
After the Deccan Chargers folded, he was drafted into the newly-formed Sunrisers Hyderabad. As an added bonus, he even captained the side, although it only lasted a year.
He would remain with the Sunrisers right up till 2018, before a return to Delhi in a trade deal. 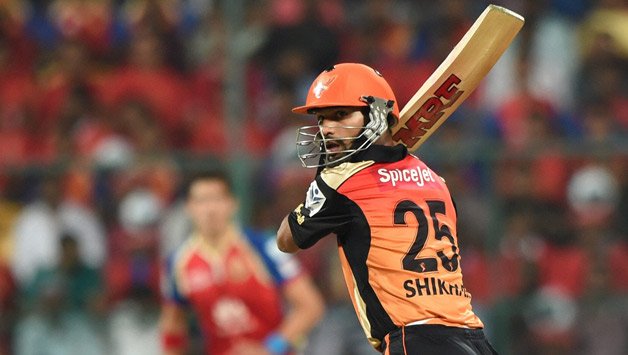 Shikhar Dhawan's batting prowess in well-known and he can be deadly, especially when playing as an opener.
The Delhi team are undoubtedly lucky to acquire his services and he will be a valuable asset to them.
He does have one triumph under his belt, in helping skipper David Warner guide the Sunrisers to glory. The team actually managed to win the IPL crown in 2016, owing to Dhawan's performance with the willow playing a prominent role.

In last year's IPL, they were agonisingly close as they lost to Chennai Super Kings in the final.