UFC 261 will be the UFC's fourth PPV card of the year and the first to feature a fully packed arena with American audiences. In fact, it is the first major sold-out sporting event with full capacity in an indoor arena in the United States since the COVID-related lockdowns began in Spring 2020. A crowd of more than 15,000 fans is expected. 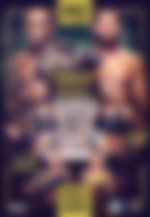 The UFC 261 date is 24 April 2021. The UFC 261 COVID rules are very sparse, with fans not required to wear masks during the event. Along with that, ticket buyers have also signed a waiver that clears UFC of any responsibility if attendants contract COVID at the event, which includes death and disability from the disease.

The PPV venue is the VyStar Veterans Memorial Arena in Jacksonville, Florida. The UFC 261 Press Conference is scheduled for 4 PM on 22 April 2021. The rest of the UFC 261 schedule sees the weigh-ins on 23 April, and the UFC 261 fight card on 24 April.

Welterweight champion Kamaru Usman looks to continue climbing the ladder to Georges St-Pierre by facing Jorge Masvidal for the second time in a title defense. Their last bout was at UFC 251, where 'The Nigerian Nightmare' won convincingly, but 'Gamebred' had taken the fight on six days' notice.

Zhang Weili will return to the Octagon 14 months after her first title defense in the Fight of the Year for 2020. She makes her return against fan-favorite Rose Namajunas, who is a former strawweight champion.

The woman Namajunas lost her title to was Jessica Andrade, who lost the belt to 'Magnum'. But she is looking to become the women's flyweight champion against the unstoppable current champion in Valentina Shevchenko.

The massive PPV will start at 6 PM (ET) with the early prelims. The preliminary card will start at 8 PM (ET), while the main card is expected to start by 10 PM (ET).