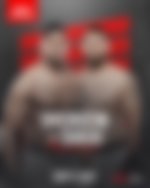 The UFC continues with its events, which will emanate from the UFC Apex in the city of Las Vegas. UFC Fight Night: Overeem vs Sakai or UFC Fight Night 176 will be the promotion's 18th event since resuming in May following COVID-19 pandemic stoppages. The date of the event is September 5, 2020.

Also, it is the sixth event to take place at the venue since the promotion returned from Fight Island.

The bouts will take place in the 25-foot enclosure which has been the standard for all UFC Apex events. The main and preliminary cards feature eight sanctioned MMA bouts for the UFC fight card.

Unranked welterweight fighters Michael Pereira and Zelim Imadaev clash in the third match of the card. Both Imadaev and Pereira head into this MMA bout on the back of successive defeats.

A lightweight fight featuring Thiago Moises and Jalin Turner will kick off proceedings on the main card. This fight sees both 25-year-olds trying to get a second win in 2020.

Lightweight fighters Bartosz Fabinski and Andre Muniz kick off proceedings on the preliminary card. Fabinski is yet to claim a finish in the UFC which he will want to rectify quickly given his record before signing with the promotion.

Muniz is riding a five-fight win streak that and has three wins in the UFC, of which two came from Dana White's Contender Series.

Both are ranked contenders, with the latter getting a higher-ranked opponent at short notice.  However, the latter has experience at flyweight, which should balance the scales.

Bantamweight fighters Brian Kelleher and Ricky Simon were scheduled to fight on the main card. However, the latter withdrew after his cornerman tested positive for COVID-19.

Moreover, Montana De La Rosa was set to fight Maryna Moroz. However, the fighter had to pull out because of travel issues.

The co-main event would have seen Macy Chiasson fight Sijara Eubanks, however the 12th ranked fighter withdrew for medical reasons.

Where to watch UFC Fight Night 176?