From Ted DiBiase to The Ringmaster, Every Million Dollar Champion in WWE History

There have been several championships in WWE history, but not all of them compare to the iconic Million Dollar Championship. Created in 1989 by the ‘Million Dollar Man’, Ted DiBiase, the title has seen very few champions in its history. Not everyone could get their hands on it. Join us today as we take a look at every Million Dollar Winner ever. 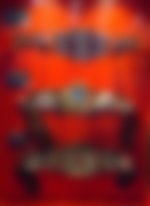 Following a failed attempt to buy the WWF Championship from Hulk Hogan, DiBiase went to a jewelry store in Greenwich and ordered that the jewelry maker create a belt befitting a man of his stature. After weeks of hard work, the jewelry store created the most iconic belt in WWE history. DiBiase unveiled the title during a segment of “The Brother Love Show”, aired on March 4, 1989. His reign as Million Dollar champion was a whopping 922 days.

The big bad bodyguard of the ‘Million Dollar Man‘ was Virgil. He was constantly humiliated by DiBiase, which led to him turning on DiBiase. Virgil defeated DiBiase by a count-out at WrestleMania 7 and finally defeated him for the belt at SummerSlam on August 26, 1991. He reigned for a total of 77 days.

Following his defeat at SummerSlam 1991 by the hands of his former bodyguard, the Million Dollar Man vowed vengeance. He reclaimed his lost championship back in November of the same year at Survivor Series Showdown. This was due to an outside interference by the Repo Man. This time DiBiase reigned as Million Dollar Champion for only 88 days bringing his combined tally to 1010 days. DiBiase abandoned the title upon winning the WWF Tag Team Championship with Irwin R. Schyster. Thus, the title was deactivated.

It might come as a shock to you but before Steve Austin was “Stone Cold”, he was “The Ringmaster”. DiBiase awarded the Million Dollar championship to his brand new apprentice, The Ringmaster, in January 1996 on RAW.

Fortunately for Austin, his Ringmaster gimmick would shortly come to an end; to become “Stone Cold”. Following a loss by Stone Cold against Savio Vega in 1996, I forced DiBiase to leave the WWF in a ‘kayfabe’ storyline. This ultimately led to the Million Dollar Championship being deactivated again.

Following the disbanding of the ‘Legacy’ faction on RAW, Ted DiBiase Jr. appeared bearing the Million Dollar Championship. He claimed that his father gave the championship to him. The following storyline is a bit confusing, so keep up with us.

On October 4 episode, Goldust attacked DiBiase Jr. to obtain custody of the belt, and on November 8, Goldust’s own wife stole the Championship belt from him. The following week, Golddust stole the belt back and returned it to DiBiase Sr. ‘The Million Dollar Man’ offered to return the belt to his son, but DiBiase Jr. rejected it. This resulted in the Million Dollar Championship being deactivated again for the third time.

The belt has been brought back by DiBiase in NXT. The fight will be between Cameron Grimes and LA Knight in a Ladder match with the belt on the line at NXT TakeOver.