EssentiallySports brings you some of the most magnificent stats-cum-facts from the career of the king of clay, Rafael Nadal who continues to inspires so many not just with his tennis but his fighting spirit as well: 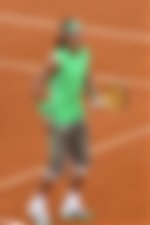 He has won 24 consecutive matches, the longest winning streak of any teenager in the open era, in 2005.

Rafael Nadal or Andy Murray had played in each of the last 18 Grand Slam finals before Roland Garros 2015 but never against each other.

He is also the first, and only male player to date, to win three consecutive Grand Slam Tournaments on three different surfaces (clay, grass and hardcourt) in the same year (2010); and across both sexes, second only to Steffi Graf’s Calendar Year Golden Slam in 1988.

The love story with number 9. With wins at Monte Carlo and Barcelona in 2016, he ensured an improvement in his winning record at the events. By 2016, the Spaniard has won nine titles at each of these events. Also winning 9th French Open in 2014. He as now won Barcelona and French Open for the eleventh time, having already completed La Decima in Monte Carlo in 2017. 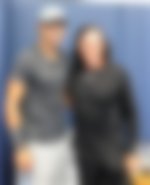 Only Novak Djokovic and Nikolay Davydenko have a positive winning streak against Rafael Nadal. While Djokovic is 26-23, Davydenko is 6-5 ahead.

Nadal joins Australian legend Rod Laver as the only left-handers to win all four Grand Slams.

Rafael Nadal has a head-to-head record over rival Roger Federer of 23-15 and 13-2 on the clay courts. The 23 wins over the Swiss are also the most victories Rafa has over any player in his career – it’s also the most Roger has lost to any one player!

He also happens to be the fastest to win ATP Masters Titles: