10 Things to look forward to in the UEFA Champions League

With the first two game-weeks of the champions league getting over, lets see what will be the 10 main things that every fan of the European league should look forward to.

The champions league has always been a tight affair. But the hot favourites have been more or less the same, the big two of Spain and the German powerhouse Bayern. But the tournament has seen the rise of the teams like Atlético Madrid and Borussia Dortmund, with both reaching finals for the last two years. Champions League has become more competitive than ever. Chelsea, Manchester City and Paris St-Germain have no reason to believe they can’t win it. Juventus, Arsenal and Liverpool make up a supporting cast who, while probably unlikely to win it, do stand a chance if they get their results right. But after two matches some of the underdogs have started proving their worth as champions. It will be again interesting to see if how the top team battle for the biggest title club football offers, after all  it is the league of the champions!

Since the European cup turned into the Champions League in 1992, nobody has defended the title successfully yet . The most obvious factor would appear to be the change in format. Permitting second, third and fourth placed teams from the major nations has not just  increased the number of sides but the quality as well as the competitiveness  too. But this time Real Madrid will be the cynosure of all football fans to see whether they could break this jinx. With some high profile signings like James Rodriguez and Toni Kroos added to the last year’s Champions league winning squad, the Spanish club looks clear title favourites this time around. This was evident form their 5-1 opening weekend win over Basel. But to the surprise of many fans the team huffed and puffed for getting a 1-2 victory over the minnows Ludogorets.

Ludogorets Razgrad, Apoel Nicosia, Bate Borisov and Maribor have all made it to the group stages. Even the presence of Malmo harks back to the old European Cup.It is rare to have a group stage with quite so many minnows and while the statistics would say that they are just there to make up the numbers, Apoel’s run to the quarter finals in 2011-12 offers some hope that they can do something other than aim for third spot and a place in the Europa League.

The first two games has provided some surprising results too. Ludogorets put up a great fight against Real Madrid, Apoel too didn’t disappoint against Barcelona and Ajax, Malmo has upsetted Olympiakos with a 2-0 win.  Football over the years has been unpredictable in many ways and we hope that some of these teams make it to that extra mile. After all the fans root for the underdogs.

4.Which League Will Dominate?

This is one of those questions that surfaces up during the start of every champions league season. Different players and fans have different views on which league is the best, and all have their different reasons for it. But whether it’s the technical football of Spain, the competitiveness of England, the strong physical play of the Germans or the strong defensive and counter attacking nature of the Italians, the performance of different teams in Champions League actually defines which team is better.  Last year it was all Spanish affair in the final while in the year before it was an all German final. The Serie A teams have failed to make it to the final stages of the tournament over the past few years and the English teams too have disappointed in the  big stage . But  with a record spending by the English clubs, we might have a different story this year.

It’s always interesting to see how the newly recruited players perform and when it comes to Champions League, it’s even more. Let it be Alexis Sanchez for Arsenal,Diego Costa and Fabregas for Chelsea ,Robert Lewandowski for Bayern, all will be hoping to find success with their new club and in a way the club will be hoping they make it happen for them. The new signings like Cesc Fabregas, Alexis Sanchez and Greizmann have already started finding the net after their first 2 champions league matches under their new team.

But the most talked and analysed one will be the performance of Luis Suarez and James Rodriguez. Both Real Madrid and Barcelona have a history of signing the best players and this year was no different. Suarez was exceptional for Liverpool whereas James was the star of the world cup . James has opened his account in the first match against Basel but Suarez is still not out of his ban. The comparison between them will be natural like it was for Gareth Bale and Neymar.

Champions League is also the stage upon which clubs and players must perform if they are to prove themselves to truly belong among the game’s elite stars.Last season, the likes of Koke, Antoine Griezmann, Marquinhos and Kostas Manolas were among those who dramatically increased their reputation with impressive performances on the European stage and this season there will be a new batch of young stars hoping to make their mark on the big stage. It is a competition that defines careers and reputations.

Some bright young talents to look out for during this year’s edition will be Juan Iturbe for AS Roma, Kaan Ayhan for Schalke 04, Munir El Haddadi for FC Barcelona, Hakan Calhanoglu forBayer Leverkusen, Eden Hazard of Chelsea, Paul Pogba for Juventus and of course Raheem Sterling for Liverpool. Iturbe , Griezmann and Calhanoglu has looked impressive in the first two games with all three of them netting a goal each.

7. A Champions league without Manchester United and AC Milan

These two clubs have won the European Cup between them on ten occasions. Yet unbelievably  neither club will be gracing the 2014/15 Champions League with their formidable presence. Frustration were evident from both the giants in the summer transfer window this time around.  Two seasons ago nobody would have guessed  Liverpool fans preparing for a Champions League night and Manchester United fans trying not to think about it. But that’s what football is all about! 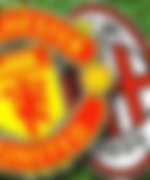 8. Clash of the Managers

Winning the title not only requires the effort of the players but also the managers. The tactics, strategy and mind-games all put upon a great deal of contribution to the overall ability of the team. Managers like Jose Mourinho, Pep Guardola, Jurgen Klopp, Diego Simeone, Carlo Ancelotti and Arsene Wenger have loads of champions league experience in them. New entrants like Brendan Rodgers and Luis Enrique will add more spice to the clash.  Except  Brendan Rodgers, things look pretty much good for all others in European competition. With the departure of Suarez , Brendan has been finding it tough to get back to winning ways. But the competition has just started and it will be interesting to see which manager will be successful in the end.

Football is a team game but when it comes to goal scoring, that too in a tournament of such stature, the top scorer gets major attention and praise from the whole footballing community. Last season Cristiano Ronaldo’s record breaking 17 goals in the competition was much talked about and eventually led to second Ballon D’ Or for the Portuguese. This season was no different for him as he netted 2 goals in as many matches and is just 2 goals behind Raul’s record of being the highest goalscorer in the tournaments history. Lionel Messi is just one goal behind Ronaldo in this list as he scored a spectacular goal against PSG. Perhaps we could see Rauls record being broken by either of these two in the coming weeks.

After two games, Yacine Brahimi, Jackson Martinez (both form Porto) and Danny Welbeck from Arsenal leads the top scorers start  with 3 goals each.

Upsets have been an integral part of almost every champions league season. The amount of upsets has also been increasing over the last few seasons with the emergence of teams like Athletico Madrid and Borussia Dortmund. This time around the “big teams” had some difficulties while facing the minnows.  Surprisingly it was Basel which yet again pulled out a major win against an English team. If it was Jose Mourinho’s Chelsea last year this time it was Brendan Rodgers’s Liverpool that had to pay the price. Teams like Ludogorets, Schalke, APOEL and Malmo has looked impressive against the big teams. Upsets are something that can generate mixed emotions among the fans. If you are a fan of the big team then you end up devastated, but if you are a fan of the winning team(or even the rival team in that case) then the feeling is something worth cherishing for.