Athletico Madrid
The best defense of all times?

5 years ago, not many football fans and pundits would’ve considered Athletico to even be a ‘big team in Spain.’ As of now, the team stands as one of the favorites to win the big title of Europe with their manager Diego Simeone. Many pundits now agree that this side may have the best defense ever by any European side in the past few years.

They’ve defeated all the big sides as of now. So let’s take a moment and analyze the brilliant defensive side that they’ve been. As soon as the ball get’s loose, the defense knows who’s going to go for the ball. The defense makes sure no attacker has enough breathing space to get near Oblak aswell.

“Extraordinary” as described by his manager.

“He feels more and more like the master of the play,” Simeone said.
“He reads the game fantastically, he works well, the team comes out much more quickly when it gets the ball back when he is there, and [being inside] he gives us an extra option on the wing.” Athletico in their fixture against FCB. Look how closely the defense is knit and how clearly the players are not allowing Andres Iniesta to work his magic.

Instead of trapping their opponents near the touchline (while playing in 4-4-2), Atlético is preventing them from progressing by pressuring regularly their centre-backs to force them to get rid of the ball. This specific task falls to Gabi or Koke (central midfielders) who must push up to close down centre-backs and force the error.

Each player has his own dedicated fitness plan tailored to maximizing his own capacity in order for them to be able to do what Simeone and Burgos ask of them once the season starts. The players show appreciation of the dedication the club puts ion them.It’s no doubt that they have hardly conceded goals this season, and have been scoring them as well.

Not everyone makes it, though. Arda Turan complained of too much running – half in jest, half seriously – and is now at Camp Nou. Players such as Jackson Martinez arrive and then disappear after less than half a season because they simply cannot handle the physical and mental stamina the manager demands. Atletico signed Luciano Vietto from Villarreal, but he was knocked sideways by the training sessions and is currently out on loan at Sevilla. 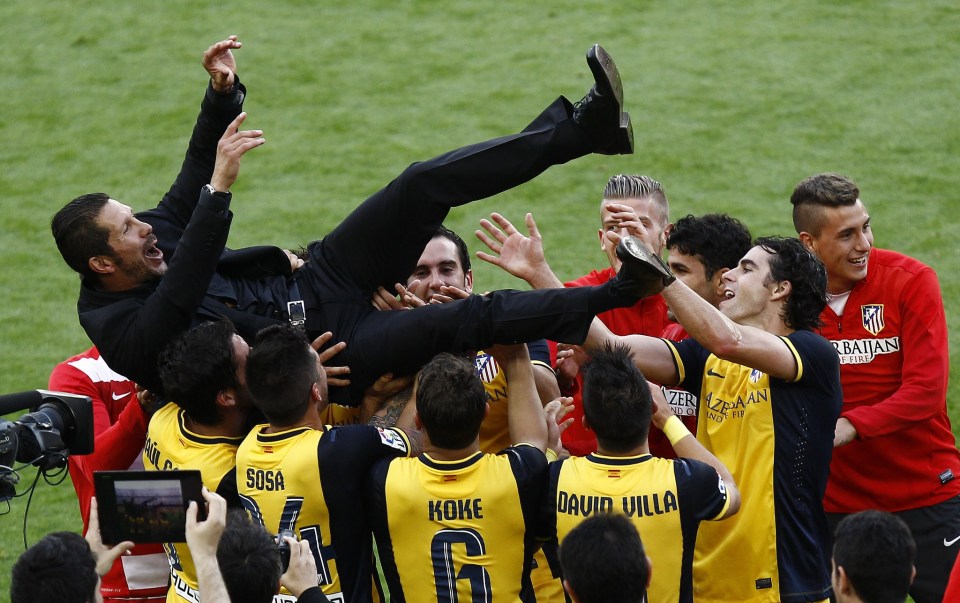 Simeone demands commitment from his players and makes sure that either his players deliver it, or find themselves either on the bench or in some other teams’ colors.No wonder he has made this “other team of Madrid” as one of the, if not the best team in the World!