Top Djokovic Stats You Might Have Never Heard Of

One would have to go all the way back to the 2009 French Open to find the last Grand Slam quarterfinal that didn’t include Serbian world number 1 Novak Djokovic.

Today, on his 29th birthday, EssentiallySports  gives you some Djokovic numbers which will leave you flabbergasted as a tennis fan:

Novak is one of only four men to be named ITF World Champion four or more times, alongside Ivan Lendl, Pete Sampras and Roger Federer.

Novak became the first player to claim 30 match wins against Top 10 opponents in a single season. 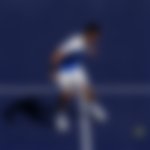 On Gencic’s advice, Djokovic moved to Munich, Germany, as a 13-year-old and trained at tennis coach Nikola Pilic’s academy. At 14 years, Novak had already started creating waves. In 2001, he became a triple European champion in singles, doubles and team competition.

In January 2012, Novak defeated Nadal for a seventh consecutive time, this time in five sets to win his third Australian Open title and fifth grand slam singles title overall. The match lasted 5 hours and 53 minutes, making it the longest final in Open Era Grand Slam history, as well as the longest match in Australian Open history. 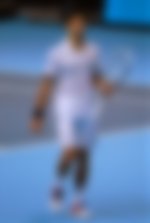 Djokovic won his first grand slam singles title at the 2008 Australian Open after defeating Jo Wilfried Tsonga in the final in four sets, and became the youngest player in the Open Era to have reached the semi-finals or better at all four Grand Slam events. 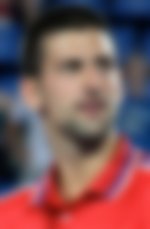 Djokovic has won all the big 6 tournaments in 2015 with an exception of Roland Garros. He took the Australian Open with a four-set win over Andy Murray, then won all four Masters 1000 events followed by his 3rd win at Wimbledon. The wins in the finals came over Roger Federer (Indian Wells), Andy Murray (Miami), Tomas Berdych (Monte Carlo) and Federer (Rome).  In 2016, he started strong with his 60th career title in Doha, defeating Nadal and broke his own ATP ranking points record, bringing it up to 16,790. He went on to win Australian Open, Qatar, Indian Wells, Miami and Madrid. He surpassed Roger Federer to become the all-time leading prize money winner on the ATP tour with career earnings of $98.2 million. Djokovic has more ATP points than Andy Murray No. 2 and Roger Federer No. 3 combined. This is a very very rare occurrence in tennis terms.

Novak is the youngest player in the Open Era to defeat the top three players in succession (Canada Masters, 2007).

At a point of time in 2015, Djokovic had more ATP points than Federer and Nadal combined. It actually happened for most of April, but the biggest margin in the rankings was in the week starting May 11. Djokovic had a total of 13,845 rankings points. Combined, Fedal had 13,635, a total of 210 points behind Djokovic. In 2016, he has more points than Murray and Federer combined.

Djokovic doesn’t have a winning record in tiebreakers against anybody in the Big 4. His record against Nadal is particularly abysmal.

Djokovic crossed Nadal for most weeks at number 1. Djokovic has been No. 1 for more than 179 weeks in total, compared to 141 for Nadal. Although that doesn’t put him even halfway at par with the Swiss maestro (302 weeks) , he is in an elite league by himself behind only The Fed, Pete Sampras, Ivan Lendl and Jimmy Connors.

Novak played the longest US Open final, 4 hrs and 54 minutes against Andy Murray in 2012 (equals 1988 final between Wilander and Lendl).

On a non-tennis note, Nole eats only gluten-free food.