Joe Hart’s Manchester city carrier seems to have jeopardized because of the imminent arrival of Barcelona Goalkeeper Claudio Bravo. Willy Caballero had been chosen ahead of the 29-year-old Hart in both the premier league matches and media sources say that the current Manchester City boss Pep Guardiola simply doesn’t fancy the Englishman and has detest for the way he distributes the ball with his feet.

The England shot-stopper is clearly facing the axe and apparently should move out of the Etihad in order play first team football and to keep his place in the England squad. 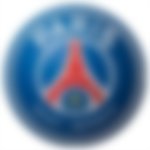 The Ligue 1 Champions’ current no.1 is the German international Kevin Trapp and PSG reportedly wants to get rid of their second choice goalkeeper Salvatore Sirigu in the current transfer market. In that case, PSG could have a place for Joe Hart and they could also offer him Champions League football. Should Hart choose to move for the French outfit he could face Competition from Trapp and first team football could well be in doubt. Despite the axe from his current team, Hart is still rated as one of the best keepers in the EPL and could well deserve a chance in a big club like PSG.

The current two goalkeeper’s for the London-based Club are Adrian and Darren Randolph and neither of them are top drawer and Hart being one of the best around could be an appropriate fit for West Ham. The East London-based club have recently moved to a new stadium and was prolific in last season’ Premier League and have secured a place in the Europa League as a dividend. West Ham certainly look like an ambitious club and if Hart fancies them then he could certainly bolster their starting 11. 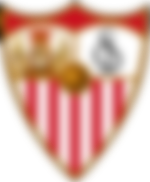 The media reports suggest that Sevilla are in for the race of his signature and are reportedly leading the race. Sevilla are a well established La Liga side and are being crowned as the champions of the Europa League since past two years. A keeper of Hart’s experience could well fit in a club like Sevilla and it is a place where he could get to play Champions League football as well.

Liverpool are also a potential club for Hart as Jurgen Klopp looks to Provide some competition to Simon Mignolet who is prone to lapses in concentration and making a few unforced errors. The reds have bought Mainz keeper Loris Karius but the German international is sidelined for a while and the Liverpool boss feels that his club is short of experienced Englishmen and Hart can just be the perfect answer to that problem.

The current Everton no. 1 is the former Dutch keeper Maarten Stekelenburg and has impressed since his arrival at the club this summer especially in the opening games of the premier League, but despite of a decent start to the season he is criticized and is subject to skepticism about his goalkeeping attributes and due to this reason Hart is heavily linked with a move to Everton. Hart’s arrival at the Goodison Park may be a huge boost for the Merseyside club but the only thing that may pull him back from making the move is their absence from European Football. At the age of 29, Hart is probably at the peak of his career and a keeper of his caliber may well not fancy a move to club absent from European football.