The Toronto Raptors are in a tough spot this free agency. They had significant players that became free agents such as Fred VanVleet, Serge Ibaka, and Marc Gasol. The Raptors managed to retain VanVleet but lost Ibaka to the Clippers. Marc Gasol’s future is uncertain, but if they can retain him, they are still light on certain positions.

But all is not lost for the Toronto Raptors. They can still make some moves in free agency and make trades that could help them be a contender in the Eastern Conference.

Harry Giles is a good signing for the Raptors. While he has not performed up to expectations in the NBA, he is still very young. Nick Nurse and the Raptors organization is famous for being able to develop players to their requirements. Giles is a free agent this off-season, and will not return to the Sacramento Kings.

Giles would be a team-friendly option that would not eat up too much cap space, which the Raptors want to save for Giannis Antetokounmpo next season. 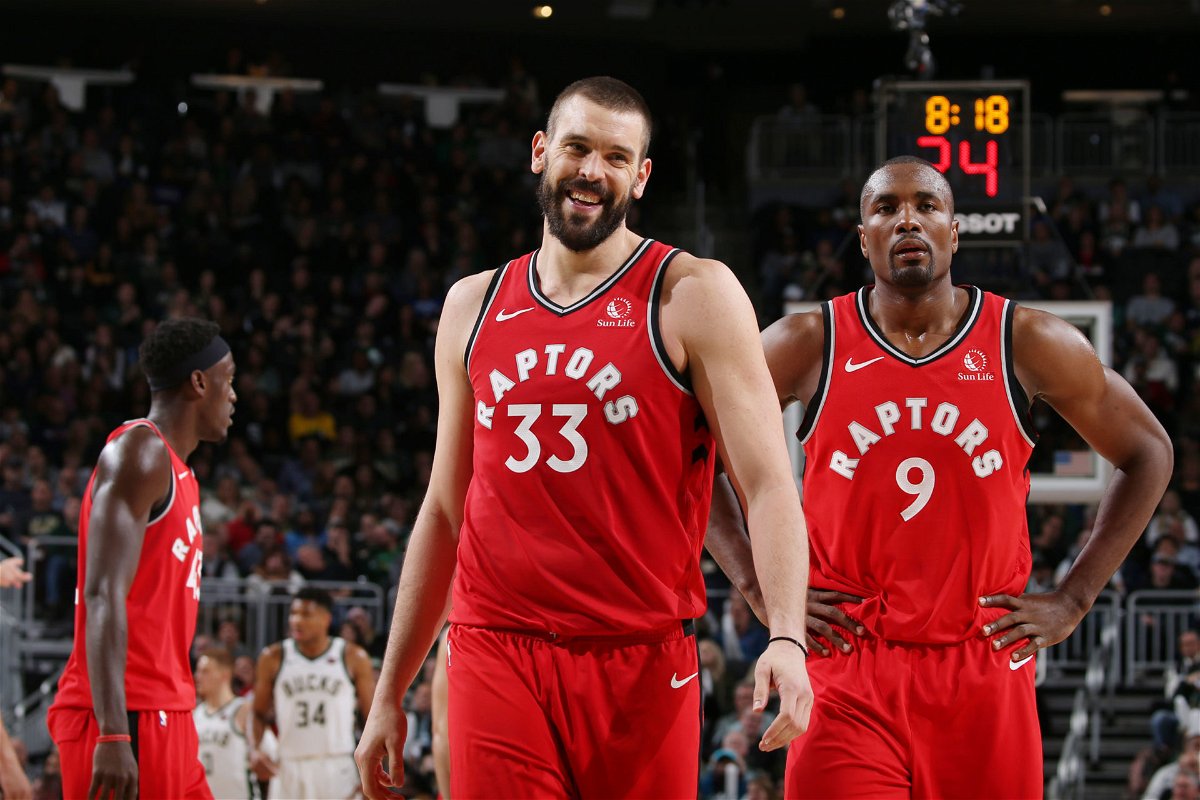 The Raptors will be looking to resign Marc Gasol this free agency. But it is key that they sign him to a short-term deal.

Gasol is a veteran and therefore will not demand too much money. But if they can get him on a short-term deal, it allows them to wait for a time when younger, more suited centers are available on the market.

It will take some convincing, with other teams interested in Gasol, but they can make it happen.

Kelly Olynyk will solve a lot of problems for the Raptors. Much like Ibaka, he can double as a center and a power forward.

Additionally, Olynyk can score from the three-point line. He showed that he can perform well during the playoff run for the Miami Heat this season. Given the assets at hand for Toronto with draft picks and players, they can easily make the trade.

Whatever decisions Toronto will make, it will be keeping in mind the massive 2021 free-agent class. Their decisions will be driven by what puts them in the best position to lure a superstar to Canada. And that is the way it should be.

What Does the Los Angeles Lakers’ Starting Lineup Look Like for the 2020-2021 Season?