Novak Djokovic and comebacks go hand-in-hand. He has proven, time and again, that he possess mental strength that is perhaps equaled only by Rafael Nadal.

Djokovic plays some of his best tennis when he is backed into a corner. He loves a dogfight because he knows that when it matters the most, he will come out on top.

Novak Djokovic and his most recent comeback

Novak Djokovic won the Australian Open champion on 2nd February 2020 for a record 8th time. While he has a tendency to break records, on Sunday he broke a personal record that was a blemish on his CV.

He made a comeback from a 1-2 set deficit to win in a Grand Slam final for the first time in his career.

Trailing 1-2 sets in the 2020 Australian Open final, it looked like the defending champion was done and Dominic Thiem would lift his maiden crown.

After a dismal third set, the Serbian came back with renewed vigor to win the next two sets. A physically struggling Djokovic could have easily given up. He did have 16 Grand Slams already before Sunday after all.

But he never truly gives up now, does he?

Thiem was perhaps a little guilty of being caught off-guard in the fourth set. He started playing tentative tennis following Novak’s resurgence, and the Serbian did not hesitate to grab his opportunity. 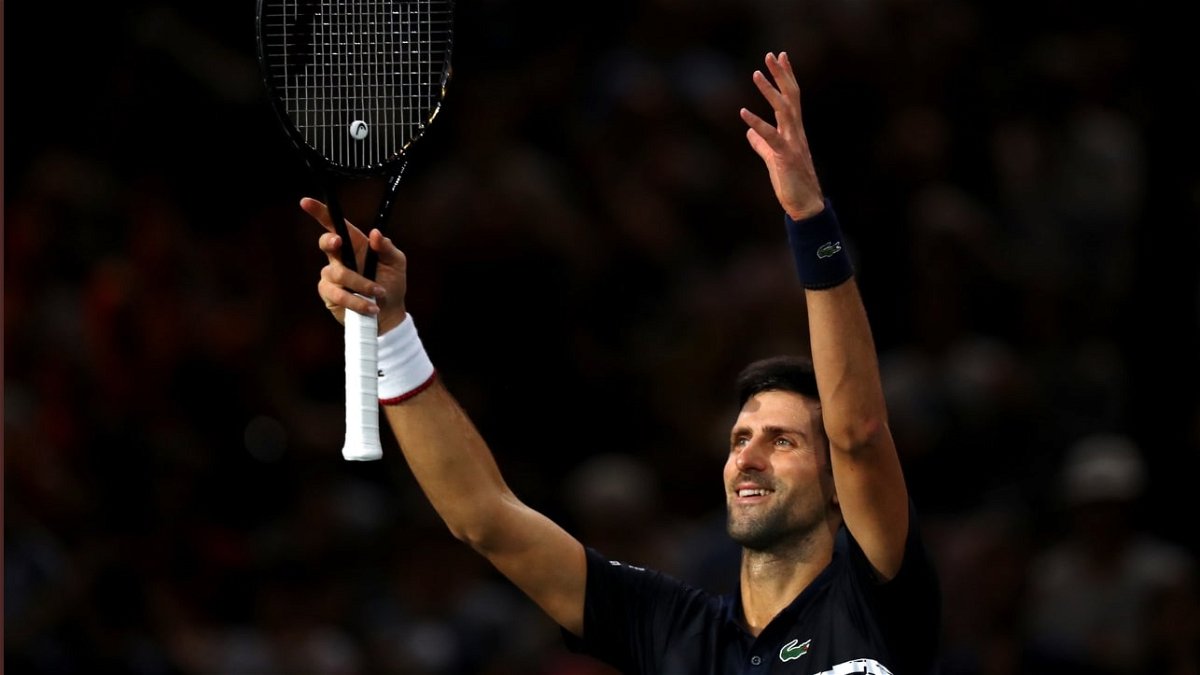 World No. 1 entered the 2012 French Open looking to win his first Grand Slam in Paris and hold all four Slams at once. His plans were almost derailed in the round of 16  when he came up against Andreas Seppi of Italy.

Seppi, the No. 22 seed then, was in fine form as he won 2-0 sets to lead against the Serbian. Djokovic fought back to win the next three sets. It was his 25th consecutive Grand Slam victory.

“I played very badly, but I won thanks to my fighting spirit.”

He would ultimately fail to complete his career Grand Slam, losing in the final to Rafael Nadal.

In this semifinal clash, the momentum was like a tennis ball (pun, anyone?), constantly shifting back and forth across the net. After winning the opening set, defending champion Djokovic lost the next two for a 1-2 sets deficit against Andy Murray.

The Serbian channeled his inner champion to wrestle back the momentum and dominate the fourth set. While Djokovic took control of the fifth set, he failed to serve out the match at 5-3, allowing Murray back into the match.

However, he went on to win the deciding set 7-5 and book his place in the final, not before Murray put up a good fight though. Novak played a much more disciplined game throughout the match.

A grueling and physical match littered with long rallies exhausted both players.

“It was one of the best matches I’ve played,” said Nole after the match.

He would go on to play and win, one of the greatest matches of all-time against Nadal in the final.

Novak Djokovic registered a tremendous comeback at the 2010 US Open semifinal against the great Roger Federer. Playing for a place in the final, Djokovic looked certain to lose.

The Serbian went 1-2 sets down against an adversary he had lost to in the US Open for the last three years. However, Djokovic leveled the match by taking the fourth set.

A Federer-Nadal match in the final seemed inevitable once again in the fifth and final set. Djokovic serving to stay alive at 4-5, found himself facing two match points at 15-40.

He constructed a wonderful point, taking control of the rally and finishing it off with a winner. Another brave winner on the next point saved the match for Nole as he went on to hold and break Federer in the next game.

This round of 16 clash between defending champion Novak Djokovic and No. 14 seed Kevin Anderson lasted two days due to bad light. Djokovic was looking to win his third Wimbledon while Anderson, a late bloomer, was coming into his peak.

The South African took a 2-0 sets lead, thanks largely to his huge serve. Anderson hit 40 aces in the match and won 83% of his first-serve points. The best returner in Tennis could find no solutions in the opening two sets.

At 0-2 sets down, Novak did what he does best, fight back. He broke the 14th seed immediately in the third set to take a 3-0 games lead.

He recovered one set at 6-1 and proceeded to level the match by winning the fourth set 6-4.

All square, the players returned the next day a bit fresher. But the defending champion was never going to let the match slip now. He won the deciding set 7-5 to book his berth in the quarterfinal.

“This was one of the most difficult matches I have played at Wimbledon in my career. It was high-quality tennis,” said Djokovic after the victory.

The Serbian did go on to capture his third Wimbledon title in four runs to the final.

Roger Federer suffered a repeat of the heartbreak of 2010 at the 2011 US Open at the hands of Novak Djokovic. Another semifinal battle, but this time the Swiss maestro was a cool 2-0 sets up in the match.

Another fightback by Djokovic saw him level the match at 2-2, only for Federer to force two match points on serve at 40-15. He even got a well-placed first serve in. Who would bet against Federer then? Why, Novak Djokovic of course!

The Serbian let it rip with his forehand for a sublime cross-court winner, saving the first match point. He would later admit the shot was a last-gasp gamble, but it was sublime nonetheless.

John McEnroe would go on to dub the winner, “one of the all-time great shots.”

Federer struggled to come to terms with this particular loss. Perhaps it confirmed his fears of the inevitability of Djokovic challenging his legacy in the coming years. Perhaps it was simply the cruel nature of the defeat.

“It was definitely the biggest win of this year, one of the biggest wins of the career, under the circumstances. I was two sets down. Roger was in control, he was playing better and then I switched gears and I managed to play much better in three sets.”

Djokovic would go on to beat Nadal in the final and win the Slam, his third of the year. This marked the beginning of his tremendous domination that followed in the sport.