5 players who won Australian Open without losing a set

Every grand slam winner would tell you that winning a grand slam requires great deal of hard work and mental strength. But, winning it without dropping a single set is a challenge. It requires the highest degree of concentration and determination in each and every match.

In the open era it has been achieved 39 times in women’s singles with Martina Navratilova leading the pack achieving this feat on 6 occasions.

On men’s side it has been done just 7 times with Bjorn Borg doing it 3 times.

Here look at tennis professionals who have won the Australian open without losing a set. 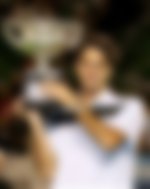 Roger Federer won his 10th major in style without dropping a set for the first and only time in his career (until now) . He won 64.7% of the total games played.

In this campaign Roger Federer played 3 tiebreaks, the first one against Mikhail Youzhny in the third round (won 7-5), the second against Tommy Robredo in the quarters (won 7-2) and the final one against Fernando Gonzalez in the final (won 7-2)

Fun Fact : This was the last time that Roger defeated Novak at the Australian open and that too without dropping a set ( 6-2 7-5 6-3) 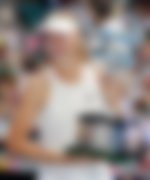 Sharapova was at her clinical best as she won her third grand slam. She won a whopping 72.6 %of the total games. She reached the final losing only 24 games.

In her campaign she had 3 6-0 sets to her credit. Entering the tournament as 5th seed, she defeated the top seed Justine Henin 6-0 6-4 in the quarterfinals. In the final she defeated Ana Ivanovic 7-5 6-3.

Sadly, Sharapova’s career halted after the Australian Open in 2016 when she tested positive for Meldonium, which was declared as a performance enhancing drug as per the revised guideline set in December 2015. She was initially barred from playing for two years by the ITF, but her suspension was reduced to 15 months. She will now make her appearance in April at the Porsche tournament in Stuttgart, Germany. 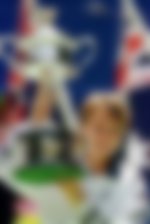 Martina Hingis became the youngest ever grand slam champion (17 years 3 months) by capturing the first of her 3 single titles at the Melbourne park.

The Swiss won 70.2% of total games played and defeated the unseeded Marie Pierce in the final comfortably 6-2 6-2. In the whole tournament she played just one seeded player Irina Spirlea . 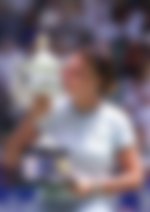 Lindsay Davenport won her 3rd Grand Slam (which turned out to be her last) using her strong baseline game.She won of 69.6% of total games played.

In the final she defeated she defeated the no.1 ranked Martina Hingis 6-1 7-5 ending her 27 match winning streak at Melbourne park. In fact, coming into the final both women hadn’t lost a single set.

Quick fact: Lindsay Davenport won all her slams ( US open-1998, Wimbledon-1999 and Australian open-2000) without losing a single set. 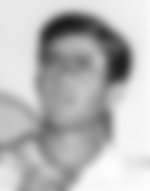 Ken Rosewall won his 3rd Australian Open in style becoming the first man in the open era to win a grand slam without dropping a set.

In this tournament played in Sydney and on grass Ken rosewall defeating the defending champion Arthur Ashe 6-1 7-5 6-3.

Quick fact: Rosewall won his home grand slam after a 16 year wait and he first won this slam 18 years ago in 1953.