5 reasons why India lost against Bangladesh Bangladesh stunned India by winning the second ODI of the 3-match series and recording their first ever ODI series against the visitors.They did it in great style with impeccable performances by both bat and ball, with a grand entry in the international circuit made by the 19-year old left arm pacer Mustafizur Rahim. One also has to laud the captaincy of Mashrafe Mortaza with the attacking field that he set to restrict India to a low score in both the ODIs.

The Indian team would be devastated at their performance and why not? This team made it to the semi-finals of the ICC Cricket World Cup 2015 in the fast and bouncy tracks of Australia and New Zealand where they beat cricketing giants like Pakistan and South Africa. On the contrary, here they are, in the familiar sub-continent conditions against a side whom they beat in the quarter finals of the World Cup. So what went wrong for the ranked 2 team of the ICC ODI Team Rankings?

Essentially Sports brings to you the 5 reasons that led to the debacle in the ongoing ODI series against Bangladesh,

India may have won three ICC trophies under the Captain Cool, the ICC T20 WC 2007, ICC CWC 2011 and ICC Champions Trophy 2013, but Dhoni now also has the bad reputation of being the only Indian captain to have lost an ODI series against Bangladesh.

In both the ODIs, we saw defensive field placing by captain Dhoni, something he has been criticized for quite a long time now. There was an absence of ‘going-for-the-kill’ attitude every time a Bangladeshi wicket fell. Dhoni needs to work on his captaincy skills and some lessons can be learnt from Bangladesh skipper Mashrafe Mortaza who had 7 players inside the circle even after the 40th over of India’s innings in the second one-day. 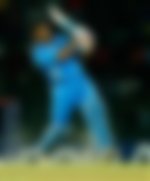 Letting new batsmen settle down easily and a field placement that allows easy singles will only make things harder for the bowlers. The captain needs to turn aggressive and take his chance with the odd boundary since close-in fielders will only force the batsman to go for a big shot, and hence creating an opportunity for a bad shot.

2. Too much dependence on Kohli.

It is a fact now that India rely heavily on Virat Kohli to put on a big score if batting first, or to chase down a target while batting second. Time and again, the Indian team has fallen like nine pins after Kohli failed to perform. One of the examples being the semi-final against Australia in the ICC CWC 2015.

There is a lack of a quality batsman in the Indian middle order who has the ability to drop the anchor as well as accelerate the innings as per will. Kohli undoubtedly is one of the most talented batsmen to have played for India but a lean patch in form comes in every batman’s kitty.

India needs the likes of Raina and Rahane to step up and take the attack on to the opposition. The middle order needs to support Kohli and has to take charge, in case he fails.

In the first ODI, Shikhar Dhawan fell after getting a good start. He was dismissed for 30 off 39 balls, whereas Rohit Sharma fell after scoring a fifty (63 off 68 balls). In the second ODI, Rohit got out cheaply whereas Dhawan scored a steady fifty. The lack of these thirties and fifties going on to become big hundreds is again a problem for India.

It might be the influence of T20 cricket or maybe a problem in the temperament of the batsman, that the batsmen instantly go for a few rash shots after reaching a milestone. The Indian think-tank needs to ask the openers to drop anchor once they reach thirties or forties. Dhawan and Rohit need to build up these innings and transform them into match-winning hundreds.

The Indian batting, famous for their depth in the lower order seems to have lost that touch. With Dhoni’s batting going south and no other big hitter in the line-up, the lower order batsmen are vulnerable once the likes of Kohli and Rahane are dismissed.

With a surprise exclusion of Rahane in the second ODI, the lower order lacked muscle with Dhoni promoting himself at number 4. Rayudu fell cheaply, Raina got out after a steady thirty and Jadeja got out without any significant contribution in either of the two ODIs.

In this scenario, Dhoni should probably avoid experimenting by coming up the order. Instead, Rahane should be sent in at no. 4, followed by Raina and Dhoni since the lower order looks a lot stronger with the captain at no. 6. Also, replacing Jadeja with Rayudu could prove fruitful since Rayudu has performed quite brilliantly for the Mumbai Indians in the IPL, coming lower down the order.

5. Fast bowlers not sticking to basics.

The Indian bowling lacked the wicket-taking capability in both the ODIs. The medium pace bowlers are unable to hit the right areas at the start and yorkers are seldom seen at the death by the Indian bowlers.

Bhuvaneshwar Kumar, who is a natural swing bowler lacks pace and should use variations in length to make up for the pace but that is not happening. Genuine pace bowlers like Umesh Yadav and Varun Aaron lack the control over the ball to utilize the pace in scalping wickets. Whereas Mohit Sharma just tries too many things with his slower delivery, making him predictable.

One thing that all the Indian pacers have got wrong and is causing major problems at the death is their lengths. They are consistently bowling good length deliveries which provides the batsmen with ample time to go for the big shots. Fast, wicket-to-wicket full length deliveries and yorkers need to be bowled if the flow of runs are to be stopped in the death overs.

The fans can just hope that the coaching staff sees the obvious mistakes in the team’s performances and train well to get them rectified. If not dealt with immediately, the Indian team will have to get used to such ODI series defeats in future as well.