Jayson Tatum just put on one of the greatest performances in NBA playoff history. Against the mighty Brooklyn Nets, Tatum dropped 50 points to get the Boston Celtics the shock win. Tatum was absolutely incredible, helping the Celtics overcome the combined 76 points between Kevin Durant and James Harden.

Tatum announced his arrival with his second 50-point game during the post-season this year.

The basketball world reacted to Jayson Tatum putting on an incredible show against the Brooklyn Nets. Former Boston Celtics stars Kevin Garnett and Kendrick Perkins were very praiseful of Tatum. 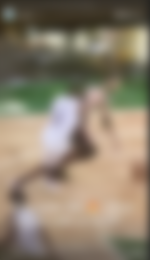 This is how you respond to trash talk against your city. You fucking win. ☘️☘️ #celticsvsnets #boston #Celtics pic.twitter.com/nipxAy1bJX

… and I took that personal. pic.twitter.com/YZhrGbCsHu

Jayson Tatum with another 50 piece party pack to keep the Cs alive. Mild, BBQ and Spicy! Tristian Thompson looked like the school yard bully! Gave Brooklyn that work! Carry the hell on…

Jason Tatum is feeling it. Dropping a fiddy piece against Nets, trying to hold off Harden’s 41 and KD’s 35. What an offensive display. #NBAPlayoffs #NetvsCelts.🔥

No team in NBA history has come back from being down 3-0 in a series, which makes Tatum’s 50 tonight even more impressive. Only other player in NBA history to drop 50 to stave off 3-0 was Rick Barry in 1967 per @ESPNStatsInfo

Tatum’s incredible performance helps keep the Celtics in the series against the Brooklyn Nets.

With Tatum and the Celtics winning game three, it keeps them hanging on in the series, with a difficult but achievable turnaround on the agenda.

Tatum steps up in the big moments

For the Celtics, Tatum’s performance further validates their decision to build around him. Tatum has been a superstar for the Celtics, and will be the cornerstone for the franchise in the coming years, barring any changes.

Furthermore, Tatum has shown that he is a player for the big occasions. Often times, Tatum makes big plays and shots for the Celtics in order to put them in good positions during important games.

Can Jayson Tatum repliacate his performance against the Brooklyn Celtics in game four? If he can play at or close to this level in game four, the Celtics can even up the series and make things difficult for the Nets.

However, he cant be the only player with high production on the Celtics. Furthermore, he and the Celtics also have to perform well on the defensive end against the Nets. The Nets are an incredible offensive team who need to be stopped as they can take a game away before you know it.