The American Mexican wrestling phenomenon hit Daly's Place like a storm, putting on incredible matches with the likes of Serena Deeb and Britt Baker.

Thunder Rosa made her wrestling debut in late 2014 in a battle royal for Supreme Pro Wrestling in Sacramento, California.

Prior to coming to AEW, Rosa wrestled in Ring of Honor, Lucha Underground, STARDOM, SHINE and NWA. Rosa was part of a tag team called the Twisted Sisterz, alongside Holidead. In 2018, she signed for Ring of Honor, where she made multiple appearances. She wrestled the likes of Tenille Dashwood and Sumie Sakai.

In January 2020, Thunder Rosa defeated Allysin Kay for the NWA Women's Championship and embarked on a ten-month reign. She lost the championship to former WWE superstar Serena Deeb in October 2020.

She made her AEW debut at All Out, losing a superb match to Hikaru Shida in an AEW Women's Championship match.

In 2021, Rosa is an active roster member for AEW, and is in contention for the AEW Women's Championship. Big things lay ahead for the face painted charismatic superstar.

The net worth of the former NWA Women's Champion is estimated between $1-3 million. 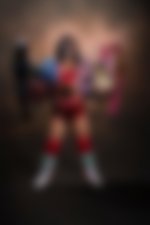 Apart from the NWA Women's Championship, Rosa has held multiple titles in Japan, Mexico and the United States.

Rosa is a former Tokyo Joshi Pro Wrestling's International Princess Championship. She held the SHINE Tag Team Championships with her old partner, Holidead. She was even Lucha Underground Trios Champion with Daga and Sami Callihan.

Will she add the AEW Women's Championship to this list in 2021? 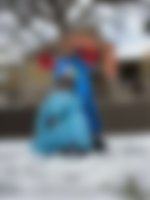 Rosa hails from Tijuana, Baja California, Mexico. She graduated from the University of California, Berkeley in 2010 with a degree in Sociology.

She is a pro-MMA fighter for Combate Americas. Rosa is also the owner of Mission Pro Wrestling (MPW), an independent women's professional wrestling promotion.

She became a US citizen in February 2019. Rosa is married to Brian Cervantes and the couple has a son.

In February 2019, Rosa alongside her fellow Lucha Underground stars Joey Ryan, Ivelisse and current NXT Cruiserweight Champion Santos Escobar filed a class action lawsuit against the promotion's production company. They claimed their Lucha Underground contracts were not legal under California law, unfairly restricting their ability to work in their chosen profession.