It was an unusual year for RCB as they have won only two matches this year and currently sit at the bottom of the points table. Despite having big players like Virat Kohli, AB de Villiers and Shane Watson, they still couldn’t qualify for the playoffs. De Villiers is going to leave for the international duty as the Champions Trophy coming ahead.
Before leaving Ab de Villiers tweeted to his fans that he wants to gift a victory to RCB. That tweet came before their match against KXIP which they lost despite having a low target to chase. Today it was the same story for them as they lost against KKR while Narine managed to score the fastest 50 of IPL.

Looking to end the #ipl off with a few good results! Hopefully we can give the fans something to cheer about tonight at the Chinnaswamy.

Recently RCB was celebrating their 10-year IPL anniversary and it was AB de Villiers who gave a heart warming speech. He urged his teammates to not let themselves down as losing is a part of the game. He said, “It’s part of life to go through ups and downs. We all go through that in our life. I have a few quotes that I keep with myself to hold my head up when I go through some tough patches. I did share it with Travis (Head) and a few guys who were trying to figure out with me where we’ve gone wrong in the season. It defines success.” 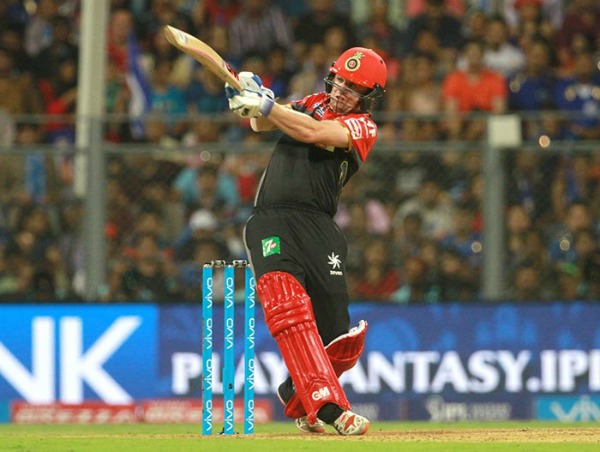 Later he quoted American essayist and poet Ralph Waldo Emerson, “To laugh often and much; to win the respect of intelligent people and the affection of children; to make this world a better place and to know that your life has affected someone’s life in a positive manner in one way or another. That is to have achieved success,”.
He later explained why he quoted this, “The reason why I mentioned that is when you lose a game of cricket or two, or have a bad season, you have to realise that life is not always about winning games of cricket; even though you want to win games of cricket as often as possible, but if you look around and you find the friendships that you’ve created over the years and the amazing people that are there in your life and the blessings you have, you will actually realise you’re successful as a person,”.
Ab de Villiers played his last match against KKR on Sunday. He managed to score only 10 runs in that match.