Tonight’s episode of AEW Dynamite aired from the UWM Panther Arena in Milwaukee, Wisconsin. The fans in attendance witnessed a pleasant surprise from the star player of Milwaukee Bucks, Giannis Antetokounmpo himself!

NBA Finals MVP Giannis Antetokounmpo appeared unannounced after Dynamite went off the air and surprised everyone in the arena and received a huge pop.

AEW President Tony Khan accompanied the NBA star to the ring, and gifted him a replica AEW World Championship which Antetokounmpo proudly flaunted.

Antetokounmpo appeared just before tonight’s Rampage tapings for Friday, August 27, but had fun with the crowd when he stepped inside the ring and raised the title like a staunch champion.

After tonight’s Dynamite, Giannis became the only person to hold the WWE Universal title and the AEW World title. Eventually, this was only possible because of Giannis’ undying love for pro-wrestling. 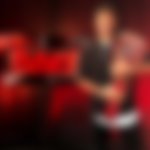 The crowd absolutely loved the NBA star and the internet just went crazy with the news.

First man to ever hold the AEW Title and the WWE Universal Title, Giannis Antetokounmpo. pic.twitter.com/o0aOidYiYj

Wow I can’t believe the next Invasion angle is going to have to pit WWE’s Bobby Portis against AEW’s Giannis Antetokounmpo. https://t.co/90f9Wry9h7

Giannis was also spotted backstage at the arena where he met few other wrestlers, he then clicked a picture with the former AEW champion Chris Jericho and Sting.