Published 02/28/2021, 8:00 AM EST
Maxwell Jacob Friedman is a very confident man. Some might say he’s too big for his boots, but he will prove you wrong. MJF added a huge accolade to his collection, winning the Most Charismatic Superstar of 2020.

MJF compares himself to WWE legends 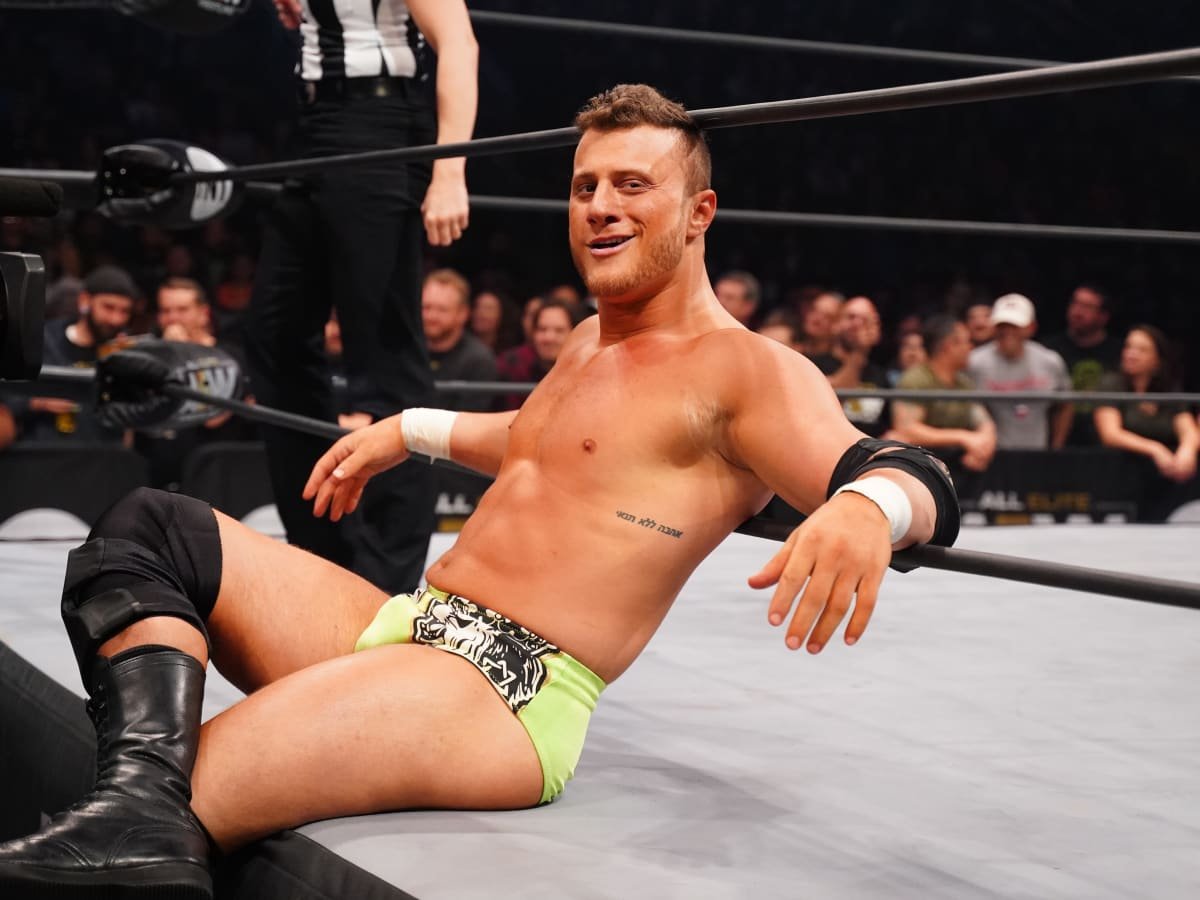 The Most Charismatic Award is an accomplishment won by some of the best wrestlers in the world. From legendary champions like Ric Flair and Dusty Rhodes to John Cena and Chris Jericho, some of the biggest stars in the business have held this prize.
MJF wasn’t slow to put himself in the same category as world champions. He wrote, “This award has been around since 1980. I now join the likes of winners such as Ric Flair, Dusty Rhodes, Sting, Shawn Michaels, Steve Austin, The Rock, Eddie Guerrero, John Cena, and my best friend Chris Jericho.”

This award has been around since 1980.

Catch my charisma this Wednesday on @AEW pic.twitter.com/kztfhdudyE

MJF claimed he’s only just getting started, which means more accolades are coming the youngster’s way. He already holds the Dynamite Diamond ring and holds big wins over Chris Jericho and Cody Rhodes. At All Out 2020, MJF came within a hair’s breadth of beating Jon Moxley for the AEW World Championship.
This Wednesday on AEW Dynamite, MJF and Chris Jericho will have a pre-Revolution press conference. This might probably address the Sammy Guevara issue and the upcoming AEW Tag Team Championship match against the Young Bucks.
He further wrote, “Catch my charisma this Wednesday on AEW.”

Will the Inner Circle beat the Young Bucks at Revolution?

The Inner Circle and the Elite have once again locked horns, but the stakes are much higher. After toiling with the faction for about ten months, the Bucks broke through the ranks and won the AEW Tag Titles. The match with Jericho and MJF will be their first PPV title defense.

The ongoing storyline between the Good Brothers and the Bucks might be a plot device in this match. Matt and Nick will expect Gallows and Anderson to come to their aid if the Inner Circle comes to Jericho and MJF’s aid. One can expect them to take their own sweet time to get to the ring, similar to Dynamite, while the Inner Circle put the brothers in the Walls of Jericho.
Jericho and MJF must win the tag team championships at Revolution to further the rift in the Inner Circle as well. With the faction finally winning some gold, it will be time for Santana and Ortiz to step up to the plate.
Ortiz has expressed his displeasure with MJF and will be gunning to grab the gold for PnP.

More from EssentiallySports on AEW