AEW Superstar Serena Deeb Out of Action Due to Injury

The AEW women’s Division has been struggling to compete with NXT but has managed to bring out the best of its stars in Hikaru Shida, Anna Jay, Tay Conti, and Abadon.

However, the emergence of Thunder Rosa and Serena Deeb has been the biggest positive for the promotion as they aim to create a stable Women’s Division. Unfortunately, the latter’s absence has halted some key developments.

Serena Deeb has been out of action for a while, and fans are wondering if she has recovered from her nagging knee injury.

The NWA Women’s Champion assured fans that everything was alright by sharing an update on her injury. As you can see below, she has just undergone surgery and should be back as soon as she recovers.

Update on my knee…I had a scope done and it went really well. I’ll be back before you know it 😊. Thank you all for the support and concern. pic.twitter.com/AzGVpwsxNf

Although we can’t really put a date on her return, it shouldn’t be long, and we are eager to see Deeb back on the screen.

Serena Deeb is currently signed to AEW, but also makes appearances in NWA (National Wrestling Alliance). She is, in fact, the NWA Women’s Champion and has grown to be a huge name during the lockdown period.

Deeb was last seen feuding with Thunder Rosa, whom she beat for the title. She may continue the feud on her return, and fans won’t mind if she does.

Serena Deeb was initially part of the WWE Universe. Many may fondly remember her as a member of CM Punk’s Straight Edge Society back in 2010. As part of the faction along with Punk and Luke Gallows, Deeb sported a shaved head and pulled off her gimmick quite well. 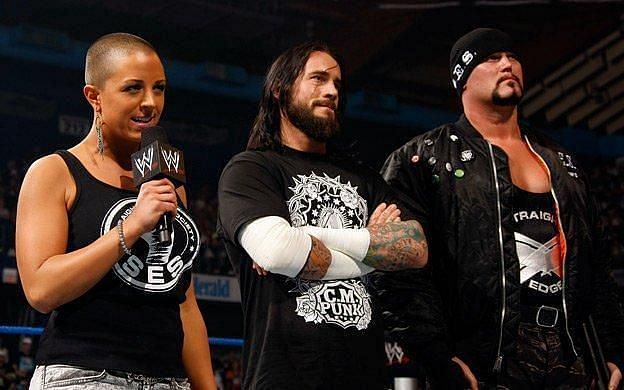 However, all this wasn’t enough, and Deeb was released in the same year for not “living out” her Straight Edge persona in public. She then made a good name for herself on the Independent scene until she was re-hired by WWE in 2018 to be a coach in the Performance Center in Orlando, Florida.

Unfortunately, she was released in 2020 as part of the budget cuts due to the COVID-19 pandemic affecting revenue for the company. Now, she has finally re-emerged as a great wrestler and aims to make the most of it in AEW.