Published 02/26/2021, 9:42 AM EST
Chris Jericho and MJF reached a new low this week when they bloodied Papa Buck, Father of The Young Bucks. The duo showed no remorse as they bloodied the old man. Moreover, they are now talking about it as if they pulled off something great.

The newly formed Tag Team of Jericho and MJF were so satisfied with their actions on Dynamite that they boasted on Twitter. It all started with MJF ranting in a tweet about how Papa Buck’s blood ruined his suit. What a class heel move.

I’m furious. That old bastard papa buck got his disgusting backyard blood all over my suit!

This didn’t end there. A Twitter user questioned MJF and Jericho if they actually busted Papa Buck open. ‘Le Champion’ answered this one. After all, why would he miss a chance to rub salt on The Young Bucks’ wound? Jericho literally detailed how he opened Papa Buck up.

No I opened him up with a right hook to the forehead and another to his nose. It was fun! @The_MJF @youngbucks https://t.co/2GRAYkkk6K

Following the brutal attack from Jericho and MJF, Papa Buck had to be stretchered out to a hospital. The Young Bucks came down running to the backstage area, but the two fled the scene. ‘Le Champion‘ and the ‘Salt of the Earth’ may have started this, but the Bucks will definitely look to end it at Revolution.

Why did Jericho and MJF attack Papa Buck?

Jericho and MJF are #1 contenders for the AEW World Tag Team Championships, currently held by The Young Bucks. The actions were nothing beyond mind games. 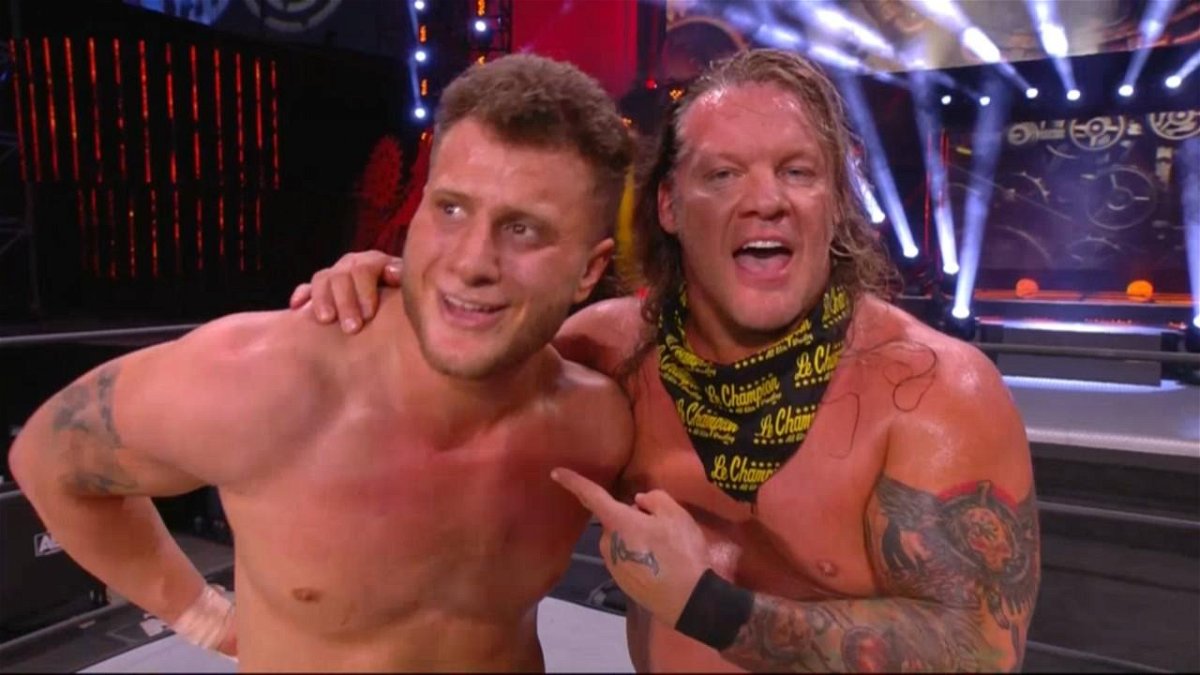 Jericho and MJF want to drain the Bucks emotionally so they cannot focus on their match at Revolution. But it could also backfire. You hurt a man’s family and he’ll put all he has for vengeance.
Here, you’ve got two sons who will fight for their father. It is guaranteed to be an incredible battle.
What do you think will happen at AEW Revolution? Will Chris Jericho and MJF become new AEW World Tag Team Champions, or will the Bucks get retribution? Let us know in the comments.

More from EssentiallySports on AEW