Double or Nothing was a huge success for AEW as it marked the dawning of a new era. Fans got to see the stars live and Jungle Boy, Sammy Guevara, and Britt Baker really lived off of the cheers.

“Hangman” Adam Page was a star in himself and got a huge roar from the audience throughout the match. He proved that he has come a long way in the industry and will undoubtedly be a big star in the future. 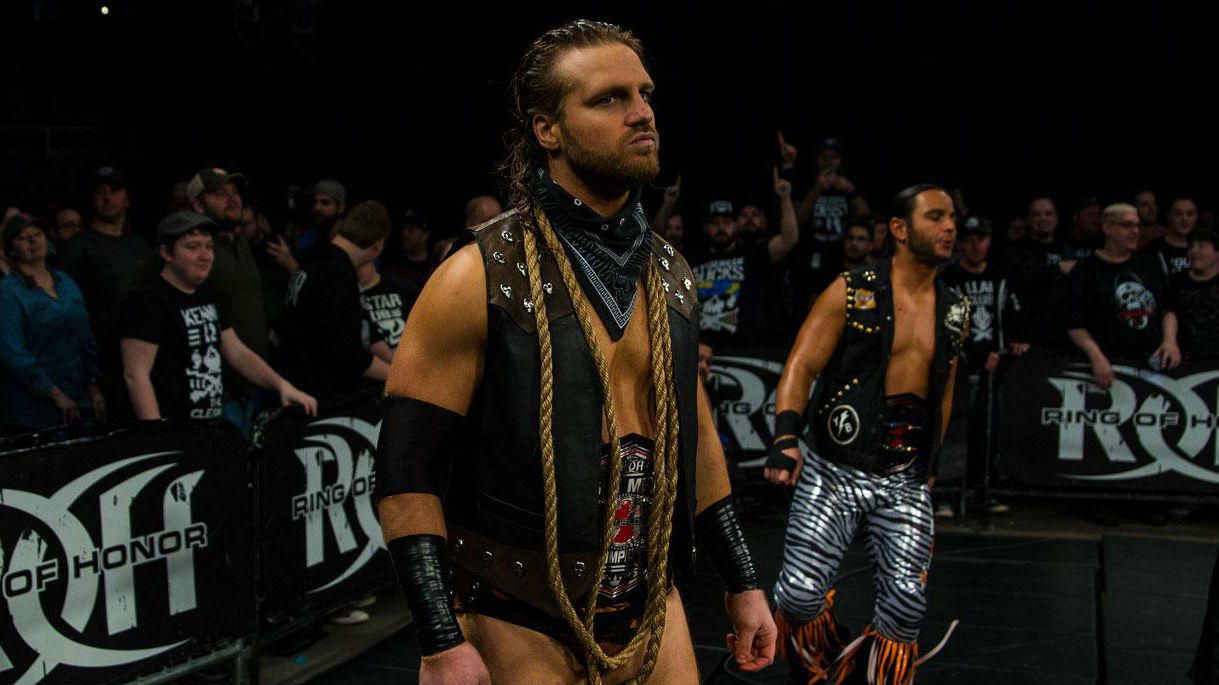 AEW President Tony Khan expressed admiration for his work in the live Q&A after the event. Unfortunately, Khan let some important information slip while answering one of the questions and revealed that Page’s wife Amanda Woltz was pregnant.

This information hadn’t been made public yet and was probably told to Tony Khan himself in confidence. However, in the heat of the moment, the AEW President let the information slip and quickly moved on from the topic before further questions could be asked.

You can see the entire Q&A below and find this exact moment from the 10:25 mark.

Fans that follow AEW and its product every week know just how much work Hangman Page has been putting in. His character has been built carefully, and he is one of the promotions top performers. His experience and ability in the ring were showcased at Double or Nothing.

Tony Khan also went out on the front foot during the conference and praised Orange Cassidy. He explained how the creative team was building his character since 2019 and was very happy with his progress in the pandemic era.

Orange Cassidy proved his mettle in the triple threat involving Kenny Omega and PAC. Although he failed to win the AEW World Championship, Cassidy managed to rally the crowd behind him and deliver a spirited performance.

The highlight of Khan’s Q&A was in fact right at the start. The entire wrestling world had eyebrows raised when he cut a heated promo against WWE President Nick Khan, calling him a “Khan-man”. This was a reaction to reports of a potential WWE-NJPW partnership in the works.

Ahead of tonight’s Live #AEWDynamite at 10pm ET/9pm CT, and #AEWDoN on ppv Sunday, AEW Owner/President @TonyKhan, aka the Forbidden Door, addressed rumors of a relationship between @WWE & @njpwglobal, + what this means to @AEW! Watch Dynamite tonight LIVE coming up on @TNTdrama! pic.twitter.com/atFTSrvyqZ

The AEW President revealed that NJPW actually approved of the promo and gave him the go-ahead to cut it. We will soon see how things progress on that front, but for now, it’s progressing well for AEW.

Watch This Story: The Undertaker, The Fiend and More: Scariest Superstars in WWE History