Every fan of pro wrestling knows by now that Chris Jericho is one of the most exciting stars in the business. Apart from a decorated career in the industry, Y2J has built a classy reputation around himself for leading the freest lifestyle of them all.

It shouldn’t come as a surprise that one of the edicts of Jericho’s life away from the ring is his huge cruise ship that sets sail every few months and witnesses the best parties in the area. 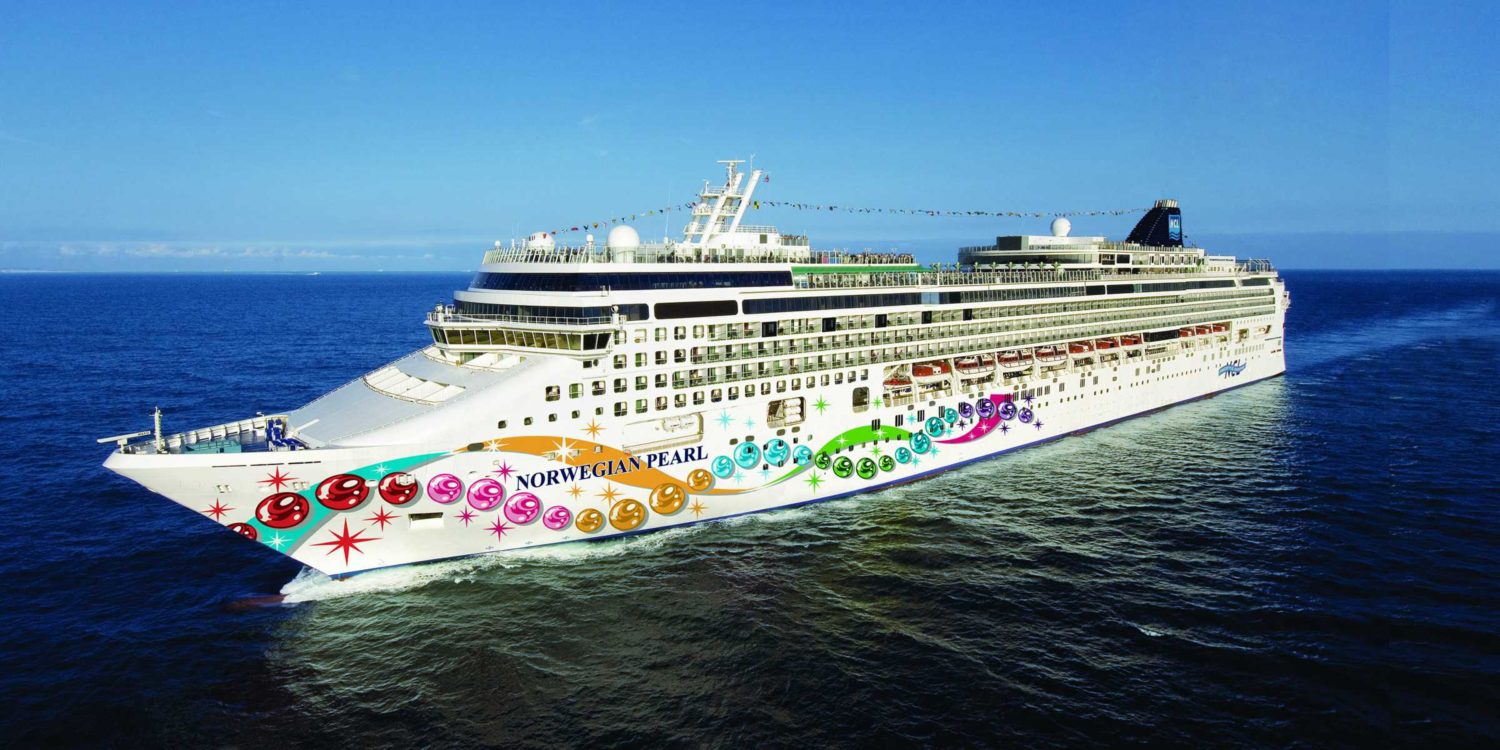 ‘The Norwegian Jewel’ is a cruise ship that Jericho owns on which he hosts shows ranging from pro-wrestling to music. Since 2018, he had been partnering with promotions to organize massive events on it.

Chris Jericho fuses Wrestling, music, and holiday on his ship

In 2018, Jericho teamed up with ROH to organize an on-deck wrestling show. A series of matches took place on a ring at the center of the party floor on the top level of the ship. 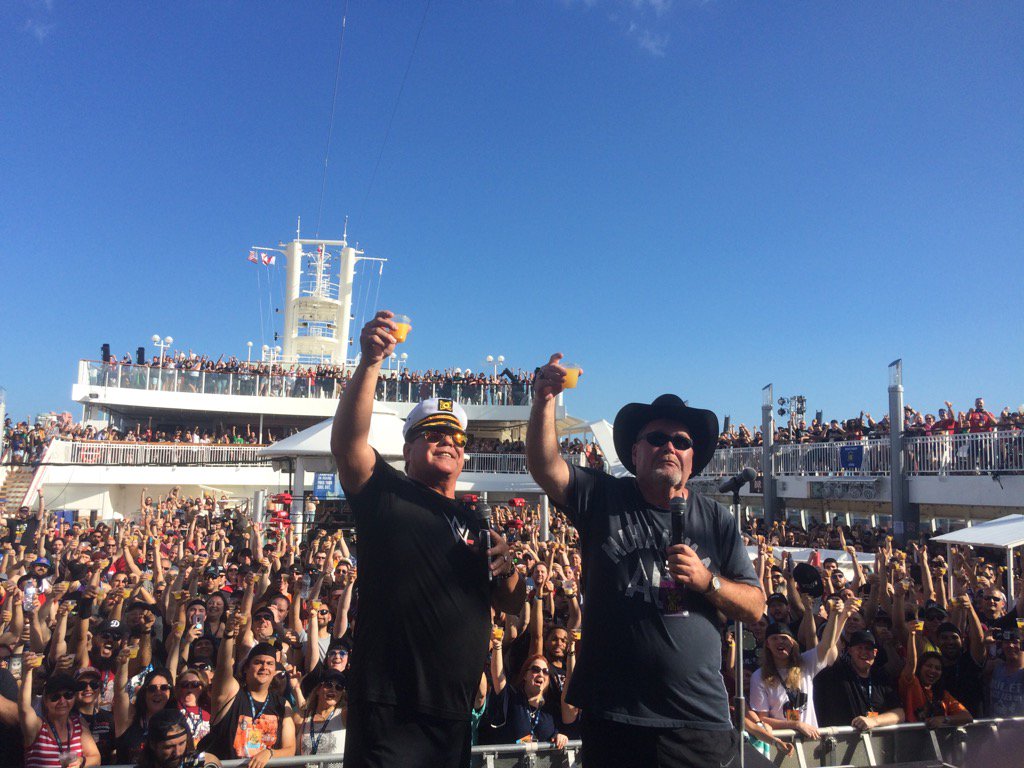 Since then, he has teamed up with AEW twice to organize two more in 2020 and in 2021. The ship will set sail from Miami and go all the way to Grand Bahama Island.

AEW wrestling matches will take place on those days aboard the ship. The guest list is generally full mere days after it is made open to the public as the event is extremely popular.

The cruise ship is an elaborate arrangement of different entertainment options with various halls dedicated to different purposes. Aboard the ship, one can witness wrestling, live podcasts, musical performances, dance parties, and much more.

The rooms on the ship are also suited for many price ranges and budgets. There are also different types of rooms depending on your choice of stay. You can find out all about the rooms and availability on the official website of the event.

The Norwegian Jewel has a set of different venues

There is also the Stardust Theatre in which Jericho hosts the live version of his podcast Talk is Jericho with celebrities. The Spinnaker Lounge, the Bliss Lounge, and Magnum’s Stage in Bar City have different vibes for those that prefer to relax, party, and enjoy the club vibe.

The ship has its own set of recreational activities. It offers its own Casino, gym, sports court, spa, photo gallery, and internet cafe. It also boasts a rich offering of bars and restaurants across its many decks. 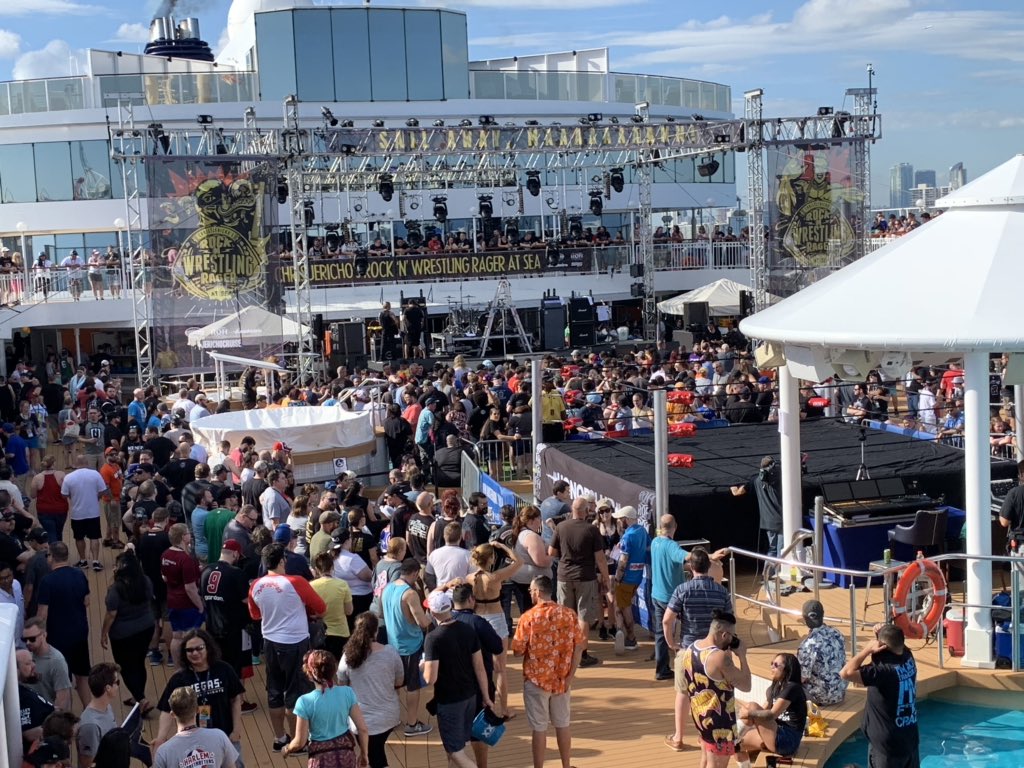 Rock N Wrestling Rager has a star-studded list of celebrities

The guest list of the event has been quite star-studded over the last two years. Pro-wrestling names such as Mick Foley, Kenny Omega, Jim Ross, Jerry Lawler, Rey Mysterio, Pat Patterson, Diamond Dallas Page, and the Young Bucks have all appeared on the show. The 2021 event will feature the likes of “Hacksaw” Jim Duggan and Ted DiBiase.

Chris Jericho performs with his band Fozzy on the main stage. The unique blend of wrestling, metal music and the ocean makes the experience unique.

Y2J aims at making it a special event like the past two ones. Even if anyone excludes Jericho from the GOAT list for some weird reason, they’ll surely appreciate his skills at throwing a grand party.