Chris Jericho‘s role in AEW has been more than just substantial. From being the first AEW World Champion, to now being the gatekeeper to AEW, he is a crucial part of the company. Jericho also revealed that he’s having the most fun of his life in AEW. In an interview with Inside the Ropes, Miro discussed the role Chris Jericho plays in All Elite Wrestling.

Miro also made the jump from Vince McMahon’s ship to Tony Khan’s. Just like Jericho, he claims to have found freedom as a performer.

Miro was vastly popular in WWE, as was Jericho. While Jericho left once his contract expired, Miro was released from WWE after WrestleMania 36. He joined the likes of Brodie Lee, Jon Moxley, FTR and Jericho in the list of wrestlers who switched from WWE to AEW.

Chris Jericho is giving his all for AEW 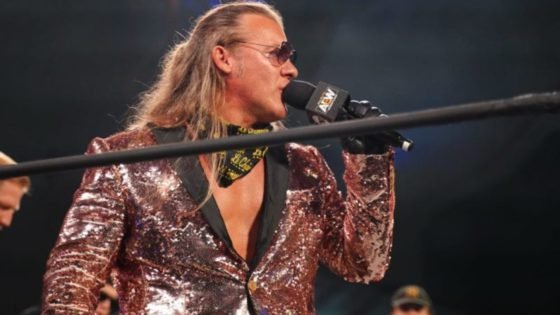 “He is not thinking about going anywhere else, he’s just one thousand percent dedicated to AEW. He’s giving it all out there, but he’s not saving it all for himself,” said Miro.

Jericho has wrestled and accomplished enough in this business to hang up his boots and live on a cruise ship. However, he is using his status to elevate younger stars, as mentioned by Miro.

“He’s not trying to bury people. He is trying to bring talent that people haven’t heard of, let them see what they have and go on from there.”

Miro’s words rang true as none of Jericho’s opponents have been metaphorically ‘buried’ in AEW. From Darby Allin to Scorpio Sky, and even Kenny Omega, Hangman Page and Cody, every wrestler that was beaten by Chris Jericho was elevated to a higher status, just by being in the ring with him.

One of the GOATs

“He has to be one of the greatest of all time. He is definitely on my list of GOATs,” said Miro, concluding his answer on Jericho. To be the first AEW Champion, the bookers of AEW had to have a ton of confidence in him. The man made Dynamite impossible to miss. He elevated stars, and formed one of the best factions in modern wrestling in one night. He really does have the Midas Touch in wrestling.

Jericho has had a huge role to play in AEW, as will Miro. Only recently making his debut, the former Rusev is set to make a big impact on Dynamite as the days go by. Jericho is scheduled to face MJF at Full Gear. If Jericho loses, MJF will be in the Inner Circle.