When it comes to deathmatches, there is one rivalry that pops up in the heads of wrestling fans. Jon Moxley vs Nick Gage! The two wrestlers have been heavily invested in deathmatches in the early stages of their wrestling careers.

However, Moxley decided to pursue other ventures in the pro-wrestling industry, while the ‘MDK’ leader Nick Gage stayed in the ‘Deathmatch’ category throughout his career and eventually became a legend.

Now, after over a decade, we will see Nick Gage and Jon Moxley face each other in perhaps one of the biggest rematches of all time. 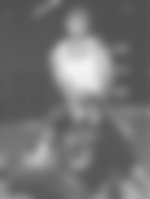 The two wrestlers are notoriously known for their gory acts and have produced classic matches whenever they’ve shared a ring together.

Jon Moxley won the GCW world championship from Matt Cardona during AEW All Out weekend in Chicago, Illinois last week. The GCW crowd lost their collective minds as Moxley pinned Cardona after the Paradigm Shift.

After his win, he challenged the former champion, Nick Gage, to a fight and cut a promo, saying that fighting him is like doing “drugs”.

However, he confessed he doesn’t like to do it but cannot be away from it. He also took a shot at Gage the time when he was doing his time in prison for an alleged bank robbery.

“Madison Square Garden, Grand Slam Champion, all those fucking toys and posters, they don’t mean shit. Getting mugged by fans in airports and hotels and arenas, don’t mean shit, I don’t like people anyway, it’s not the drug that I love, the drug I’ve been addicted to you for over a decade. Nicky, when you were in jail right, pacing and pacing around in a jail cell, I was pacing around in hotel rooms. I wanted that drug.”

Jon Moxley will defend his title on October 9 in Atlantic City, New Jersey against Nick Gage.