Paul Wight Teases the Return of “Captain Insano” in AEW

In 1998, Paul Wight starred in a movie called the Waterboy with Adam Sandler in the lead role. He played Captain Insano, While the movie received mixed reviews from viewers and critics, Wight’s character became a tremendous hit. He’s even teased, bringing the character back to television and AEW. 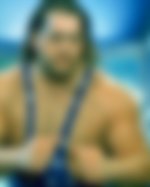 Paul Wight, formerly WWE’s Big Show, is one of the few wrestlers who made a name for himself as an actor. His vast frame and recognizability make him a big attraction both inside and outside the ring.

On fellow AEW talent Miro’s YouTube channel, Wight discussed the possibility of bringing back Captain Insano, the role he played in the Waterboy.

“You know Captain Insano might be coming around again. Well, here’s the thing, Tony Khan is really good friends with I think Frank, one of the writers for creators for Waterboy, the whole Captain Insano character. I think Tony is trying real hard to get the rights to that and do something with it.

“I told Tony if you get Captain Insano I will rock the ever-loving t*ts off of it. I’ll get the red boots and the whole nine yards. That’ll be a pretty fun gig, you know what I mean. Break out Captain Insano every now and then.”

AEW has even filed for the trademark for the iconic character, meaning they’re interested in bringing it to AEW television. If not television, AEW might use it for their upcoming video game.

Tonight’s episode of Dynamite features some huge matches, including two title matches and the return of one of their popular female stars. Mike Tyson will be the guest enforcer for Chris Jericho vs Dax Harwood.

The Young Bucks will defend their AEW Tag Team Championships against Pac and Rey Fenix. One can’t help but wonder if the newly reunited Bullet Club will play a part in this match, or if Jon Moxley returns to cost them the titles.

Darby Allin will defend the TNT Championship against Matt Hardy in a Falls Count Anywhere match. This promises to be a hard-hitting affair and will definitely feature some interesting weapon spots from Allin and the experienced Matt Hardy.