AEW Revolution has blown over and was a great show until ‘that’ ending which threw over what would have been a perfect finish to one of the best shows of the year so far. However, through this dynamic main event, a lot of fans took their focus off the masterpiece which was the cinematic Street Fight.

AEW TNT Champion Darby Allin and Sting took on Brian Cage and Ricky Starks in a dystopian setting and fought in the street fight stipulation. The battleground was apparently an abandoned warehouse of sorts, and the entire match was exciting, to say the least. The use of cinematic effects to their advantage and the near-fictional portrayal of the character in real-time made the street fight one of the best viewing experiences, especially for fans.

Following the events of that match, a lot of fans have started comparing this cinematic Street Fight to WWE’s Boneyard Match that was fought between The Undertaker and AJ Styles at WrestleMania 36.

AEW nailed the entrances of its Superstars

Hailed as the final match of the WWE legend, the Boneyard Match has been unparalleled in its approach to the format and has been a benchmark for a lot of other fights. Despite its second attempt with Braun Strowman and “The Fiend”, WWE could not replicate the feeling of the first one. 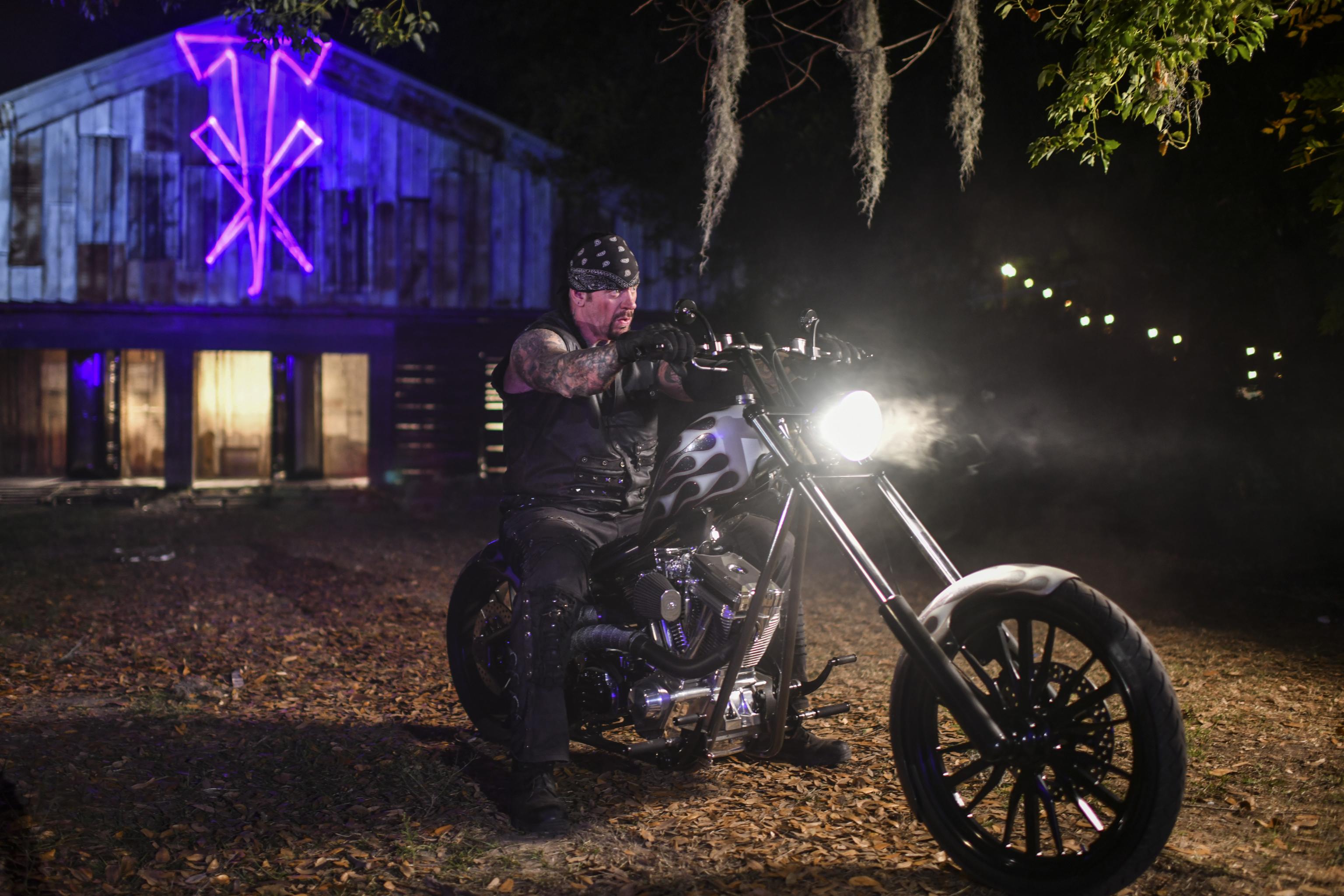 However, it seems as if AEW has edged ahead of WWE in its cinematic attempt with the Street Fight. The reason why we think AEW’s effort was slightly better was simply because of the cinematics of the match.

Firstly, the introductions of Darby Allin and Sting hyped us up for the match like anything. The camera angles and effects coupled with the setting certainly made us excited.

It's time for a STREET FIGHT! Here we go!
Order #AEWRevolution now on all major providers, @brlive, and @FiteTV (international fans) pic.twitter.com/9qOYP1oEDT

The dramatic effect of the ‘Hoodlums’ accompanying and rattling the ring at the beginning like ghoulish creatures also increased the aura of the fight.

Sting and Darby Allin worked well and covered each other

Furthermore, the colors were kept dull the entire fight rather than going for a saturated environment. The excellent panning of the cameras and extreme angles used made it quite a wonder to watch.

Secondly, the events of the fight were far more extreme than what took place in the Boneyard match. Darby Allin and Brian Cage absolutely destroyed themselves while Sting took the fight to Ricky Starks. Allin was thrown into a glass case at one point of the match which was well shot.

The AEW TNT champion also attempted an elbow drop from a height which was pulled off extremely well. We don’t know how many takes were done for scenes, but it was an extremely well-captured fight in which all 4 superstars came out looking good.

Sting had more support in the match than The Undertaker

The reason AEW is more exciting in its display with the Street Fight was that it could do a lot more with its stars than WWE could. The Undertaker couldn’t take a lot of hard bumps at his age, so even in the cinematic setting, he couldn’t take the big hits as Starks, Allin, and Cage could.

Sting was not forced to take any of the big hits since the scene switched to Darby Allin every now and then, making fans forget the prospect of Sting even taking big hits. Additionally, AEW used cinematics to another level and coupled it with wrestling. WWE was too focused to achieve the effect in a very short set that involved just two sites, the roof, and the ground.

There was a lot of support for Sting in this case, and he played his part perfectly. Taking nothing away from the Boneyard match, AEW seems to have prevailed for the key point that it could do a lot more with its Superstars than WWE could with The Undertaker and AJ Styles.

All credit to the Boneyard Match, since it was the first of its kind and had the better storytelling, but AEW took the cake with its rendition of a Street Fight with Darby Allin and Sting, facing off against Brian Cage and Ricky Starks.