Ryo Mizunami challenged the invincible AEW Women’s Champion Hikaru Shida at AEW Revolution after winning the tournament, and it really was an invincible vs invincible battle, since neither of the two has lost a fight.

In a pre-match interview, Shida claimed that Mizunami mocked her by saying that she could never beat her even if she wrestled for 100 years. Determined to prove her wrong, the AEW Women’s Champion went at it.

The match picked off at a high pace and the two quickly got into it. However, Mizunami sought to mock the champion further by her vicious hand chops to Shida.

The Champion was taken aback by the relentless attacks of Mizunami and found herself on the back foot. Shida had her moments and smiled, signaling that she had it completely under control.

.@shidahikaru with a devastating attack on the outside!
Order #AEWRevolution NOW on @BRLive, @FiteTV (Intl), or any major provider. pic.twitter.com/tUYKkuNZYM

Although, before she knew it, Mizunami hit her with a huge spear, and mangled to land her finisher, the leg drop from the top rope, nearly getting the pinfall.

The challenger managed to kick out of the Flaming Arrow, Shida’s finisher and the two did not know what to do next. The second half of the match was a series of attacking combinations plotted out by the Champion, but Mizunami stubbornly kicked out.

.@mizunami0324 overwhelms the champion @shidahikaru in this exchange!
Order #AEWRevolution NOW on @BRLive, @FiteTV (Intl), or any major provider. pic.twitter.com/yH7hgaxvGy

Although, the attacks proved to be more devastating every time and drained Mizunami’s energy. After surviving numerous shots, the challenger was finally knocked out with a knee strike to the head and lost by pinfall.

Hikaru Shida was ambushed by her new challengers

Hikaru remained AEW Women’s Champion and was barely done celebrating when Nyla Rose and Dr. Britt Baker attacked her along with Vickie Guerrero. The two unloaded on Shida and made their intentions clear.

It has all broken down post-match!

Before they could do any further damage, a livid Thunder Rosa ran in to save the two ambushed competitors and drove off Nyla and Britt Baker. This could definitely signal the coming of the next angle, although Shida’s involvement will be confirmed on the next episode of Dynamite.

For now, she successfully defended the title against an old foe and proved her dominance. Mizunami was forced to swallow her own words and learned that Shida was a lot more powerful than when they last met. 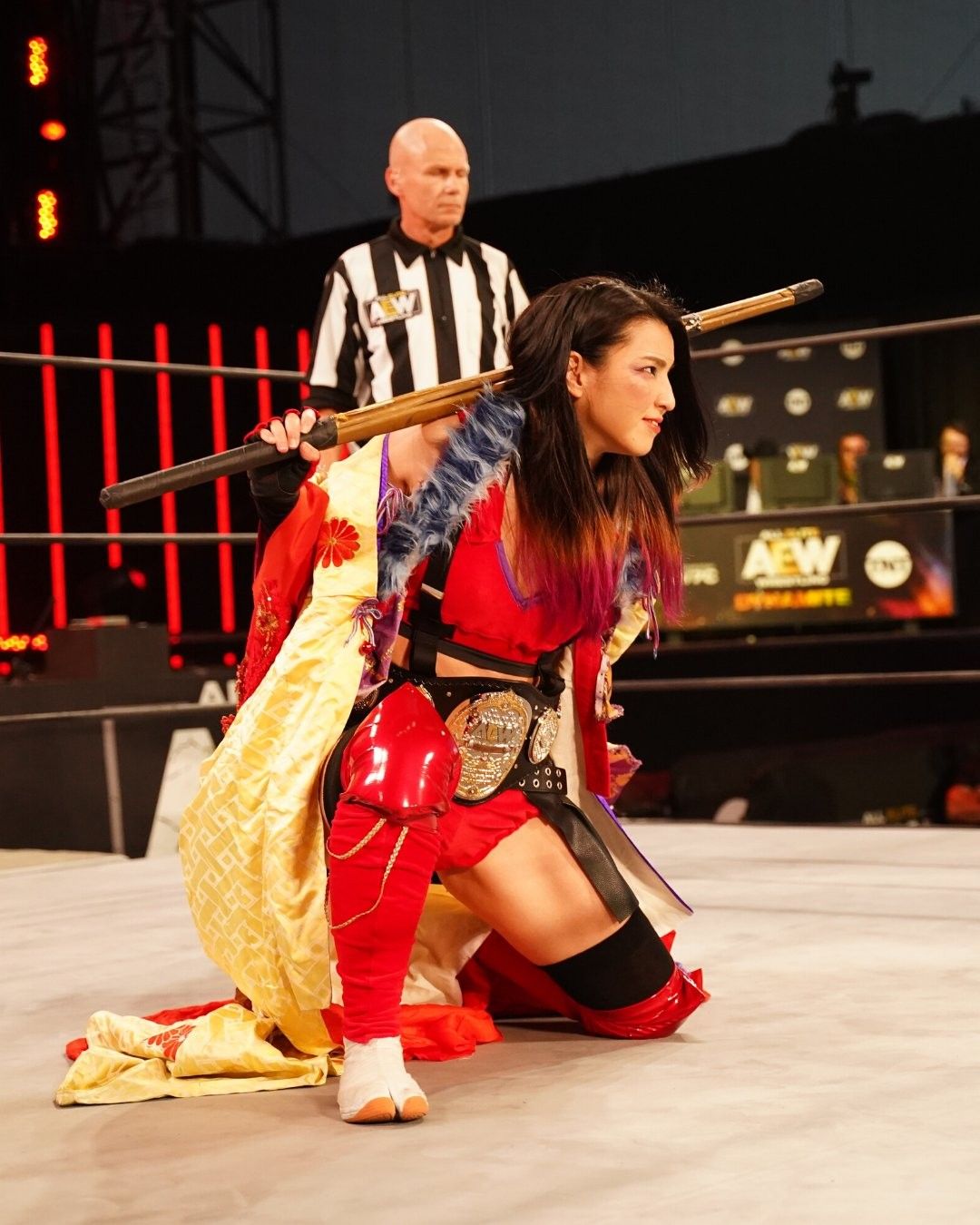 Will Ryo Mizunami challenge again or is this the start of a new tag team? We will find out soon on the next episode of AEW Dynamite.