Thunder Rosa Responds to The Rumors of Her WWE Debut

There was a lot of controversy over some misdirected information getting out a few days ago. A report allegedly stated that NWA and AEW professional wrestler Thunder Rosa was all set to make her debut in WWE at Halloween Havoc.

It has now been confirmed that this information is not true and that Rosa will not and isn’t even planning on seeing the black and gold ring of NXT.

In a recent tweet, TalkSport’s Alex McCarthy confirmed that the source of the information could not be trusted and that the entire thing was just a rumor.

Fans came to know this was all a hoax when Rosa herself replied to the news with a confused GIF. This indicated that the entire thing was news to her as well.

I didn't mean to make it sound like a scoop on radio, just that it was what one person had said. Can't blame Cultaholic for taking what I said and running with it – my fault.

The former NWA Women’s Champion has been on top of her game for a while now. Her performances have been impressing a lot of fans, and AEW seems interested in making her a regular feature inside the ring.

Fans are pushing to see her fight AEW Women’s Champion Hikaru Shida once again in the future. If it happens, it would be a dream cross-promotion showdown.

AEW and NWA fans were as shocked as Thunder Rosa

The news came as a major shock to both AEW and NWA fans when they heard that their new favorite wrestler would be making a move to the “other” side. 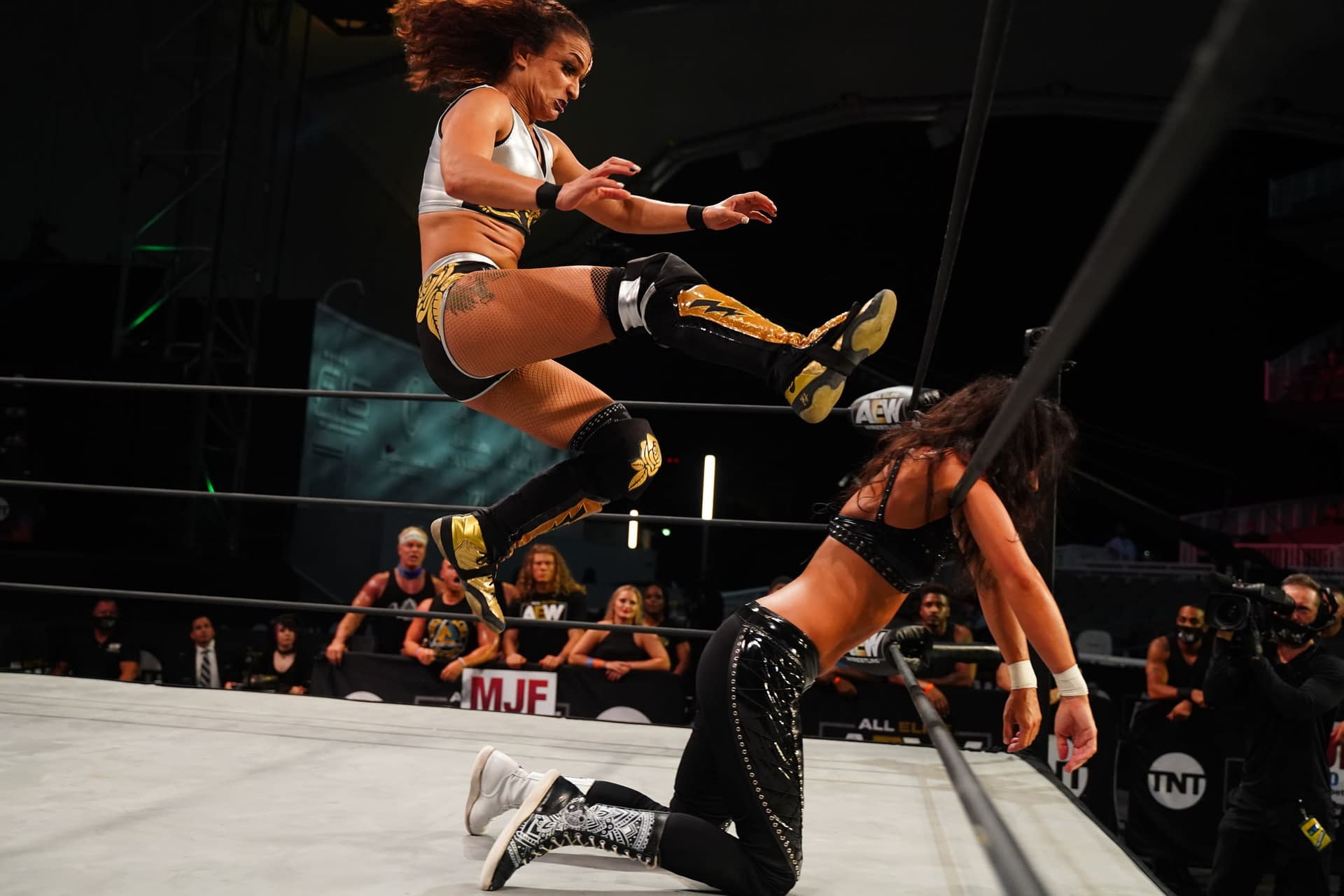 Halloween Havoc was an outstanding success. The excellent setup and matches with the charismatic work of Shotzi Blackheart saw NXT beat AEW in the viewership war for the first time in weeks.

Having someone like Thunder Rosa debut would rock the ratings like never before. However, deep down, every fan probably wondered how the entire thing even came up.

There was no build-up to the move, and it quite frankly didn’t make any sense. This is why most people questioned the reliability of the information.

As of now, Thunder Rosa is still an NWA and AEW wrestler. If things go as good as they are going right now for her, we may be looking at a long career outside WWE for Rosa.