NJPW’s Sakura Genesis 2021 event saw one of the biggest title changes in NJPW history! Will Ospreay defeated Kota Ibushi to become the new IWGP Heavyweight Champion. The Ibushi-era has finally ended with Ospreay taking over. So, will Ibushi go back for his title or is there anything else in store for him?

‘The Golden Star’ and Will Ospreay fought a tough battle for over 30-minutes for the prestigious IWGP Heavyweight Championship. Nobody expected Ibushi’s reign to end at Sakura Genesis, but he did. This loss makes us think, what if he dropped the title before he heads for a program with Kenny Omega in AEW?

Some would ask why would Ibushi go to confront his former Tag Team partner? Well, since the Forbidden Door is wide open, we have seen NJPW talent appear in AEW and Impact Wrestling in recent months. 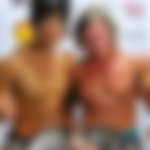 On the recent episode of Impact Wrestling, Kenny Omega name-dropped Ibushi during a promo. Don Callis was cutting a promo about Omega being the greatest World Champion.

He took names of several World Champions and said Omega is bigger than all of them. That is when Omega cut Callis and said, “Bigger than Ibushi.”

Don Callis was visibly stunned as ‘The Cleaner’ said that. That line from Omega, the reaction from Callis, and then this title change just days later at Sakura Genesis makes a strong case for a possible Kota Ibushi appearance on AEW/Impact.

We’ve seen NJPW’s KENTA appear in AEW to hype his match against Jon Moxley a few months ago. Recently, we also saw FinJuice (David Finlay and Juice Robinson) defeat The Good Brothers to become the new Impact World Tag Team Champions. The duo appears on NJPW programming with the titles.

The AEW-Impact-NJPW unofficial partnership can give us some of the most fantastic, never-seen-before matches/feuds. And a Kota Ibushi-Kenny Omega feud would be the perfect one to kick it off.

Ibushi can be a major draw for AEW

Kota Ibushi is a world-traveled superstar. There are only a few who can match the level of his performance, and Kenny Omega is one of them. Ibushi is a big name in the professional wrestling world. His wrestling style and presence on Dynamite would really grab eyeballs.

Fans in the U.S. are no strangers to Ibushi. He has wrestled here for ROH, PWG, Chikara, and Evolve. Not just that, but he also wrestled in WWE in the Cruiserweight Classic. He lost to TJP in the final. But that was only because he didn’t want to sign with WWE full-time.

Now that Ibushi has fulfilled all his aspirations in the Land of the Rising Sun, we could see him look out elsewhere? It’s obvious he won’t leave NJPW, but a program with Omega in AEW could give him and NJPW more attraction to their product as well. Plus, it would be a breath of fresh air for him.

All we have to say is everything points to a Kota Ibushi-Kenny Omega feud in the months to come. Would you like to see it? Let us know in the comments below!