The long-awaited pay-per-view of All Elite Wrestling finally concluded this Sunday. The event was extremely entertaining and then some more. Keeping with the norm, fans were comparing AEW’s PPV with WWE’s PPV talking about which company does it better. Speaking about WWE, a particular AEW superstar, Anthony Ogogo, had some harsh words for them. 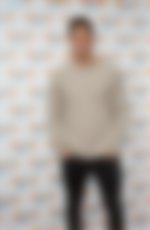 Ogogo believes in the visions of Tony Khan and Cody Rhodes. He also stated that he loves how AEW cares for their wrestlers in comparison to WWE. Even though WWE offered more money, for Anthony, wrestling came first. He said,

“That’s why I didn’t go to WWE. They offered me more money than AEW. I didn’t join them because I believe in Tony Khan’s vision,” Ogogo explained.

“I believed in Cody Rhodes’ vision. I believe in AEW’s vision. I love being a part of AEW. I love how the team give a f**k about their wrestlers. If I’m going through a tough time in a minute, I’m getting texts from the management asking me if I’m okay daily. They care about the people rather than the money. The other place, they seem to care about money first and people if at all. We care about other people first because they know that a happy workplace creates good stuff.” (H/t Wrestling Inc. for transcriptions)

In the interview, Ogogo revealed he was the first boxer in the world to sign a long-term deal with Nike. That’s how notorious he was in the UK and the world.

Anthony was also signed to Subway for five years. He had some proper top brands sponsoring him, and because of that, he had to be the corporate guy.

Ogogo regrets his inability to go on Twitter and call certain people a c**t because he was representing them as well as himself.

“And then I did that. And what did I get out of my boxing career? I’m blind in my left eye,” concluded Anthony.

Anthony Ogogo delivers excellent matches every time he sets foot in the ring. The fans are sure to be even more appreciative of Ogogo after learning about his disability.

What are your thoughts on the matter? Comment down below and let us know!