The Wednesday Night Wars were fought with the same vigour again this week. Despite their best efforts which involved bringing out retired NFL player Pat McAfee, NXT fell short with AEW Dynamite securing another win.

However, it was overall a huge night for wrestling with both shows clocking in terrific numbers. While AEW crossed 900k viewers bringing a total viewership of 901,000, NXT was miles behind at 753,000.

With this, AEW broke a four month viewership record. Before this episode, the March 18 episode had the highest ratings with 932,000 viewers.

Coming to the finer details, AEW was again victorious in the much discussed 18-49 demographic. AEW had a rating of 0.36 in this key demo and finished number five amongst the top 150 shows. Meanwhile NXT had a 0.20 rating and finished at number 27.

Notably, both the shows faced somed tough competition. In addition to MLB, this week also saw the return of NBA. Needless to say, the work was cut out.

However, both NXT and AEW put up amazing shows.

NXT and AEW had packed cards

AEW kicked off this week with a 12 man tag team match which featured the likes of Kenny Omega, The Young Bucks, FTR and Hangman Page teaming up.

The show also saw Matt Hardy being busted open while Jon Moxley defended his World Championship against the animated Darby Allin. However, the biggest selling point was the return of Eric Bischoff to TNT. 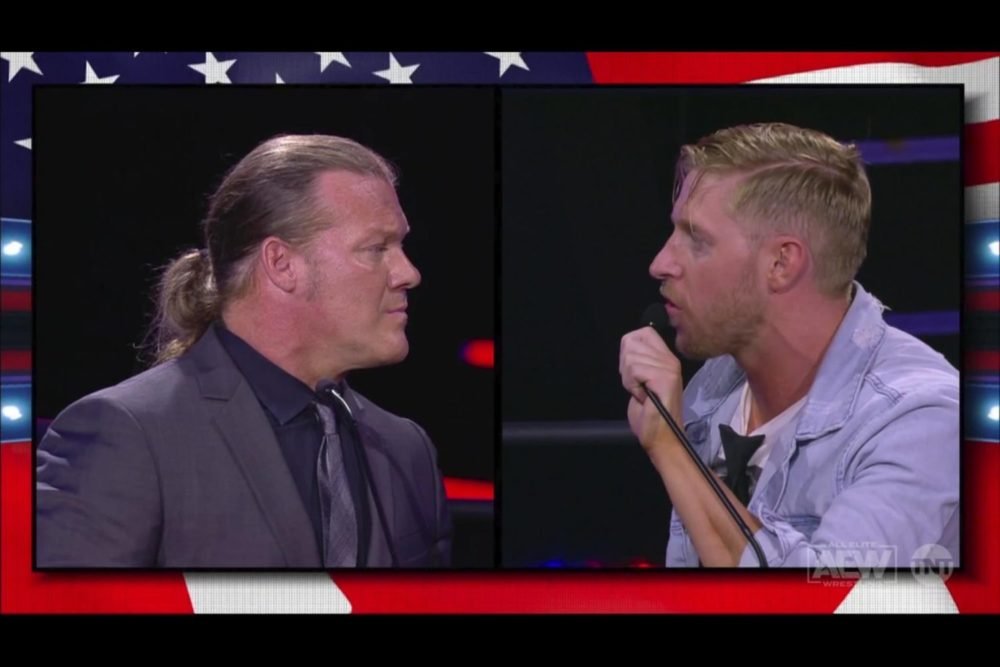 The debate segment that he moderated between Orange Cassidy and Chris Jericho was acclaimed by all wrestling critics and viewers. Needless to say, all the new viewers that the company got might stick around next week as well.

NXT on the other hand, tried out the old trick of having a non-wrestling celebrity to push up the ratings. However, the wrestling actions was also of good quality. Dakota Kai beat Rhea Ripley to become the number one contender for Io Shirai’s NXT Women’s Championship.

However, the main event featuring Imperium against The Undisputed Era was the talk of the town. With Triple H and Shawn Michaels coming out, the segment generated a lot of buzz.

I feel that the real fallout of this segment on ratings will be visible next week. The Pat McAfee punt kick on Adam Cole has been all over social media and the viewers might want to tune in to find out what’s next.

It’ll be interesting to see if NXT can turn its fortunes around successfully.