WWE Champion Drew McIntyre was recently in an interview with WrestleTalk, where he made a few revelations about the kind of opponents he’d like to face. McIntyre won the WWE Championship at WrestleMania 36 after pinning Brock Lesnar.

McIntyre was asked who he’d like to be in the ring with, whom he hasn’t faced. The Scottish Psychopath places AJ Styles at the top of his list.

The two superstars have faced each other in a triple threat but not in a singles match. He says how they have always missed out on facing each other in spite of being in the indies and now back at WWE.

“The number 1, I guess I would say is AJ Styles. It happened again. I don’t know what the deal is with him and I. We’re always like ships in the night, we keep missing each other.

“Be it, I’m away from WWE, I got to Impact Wrestling, he’s going going, we’re both doing independent shows, it can’t quite work out, or he’s on, or I’m off, or he’s off,” McIntyre said. 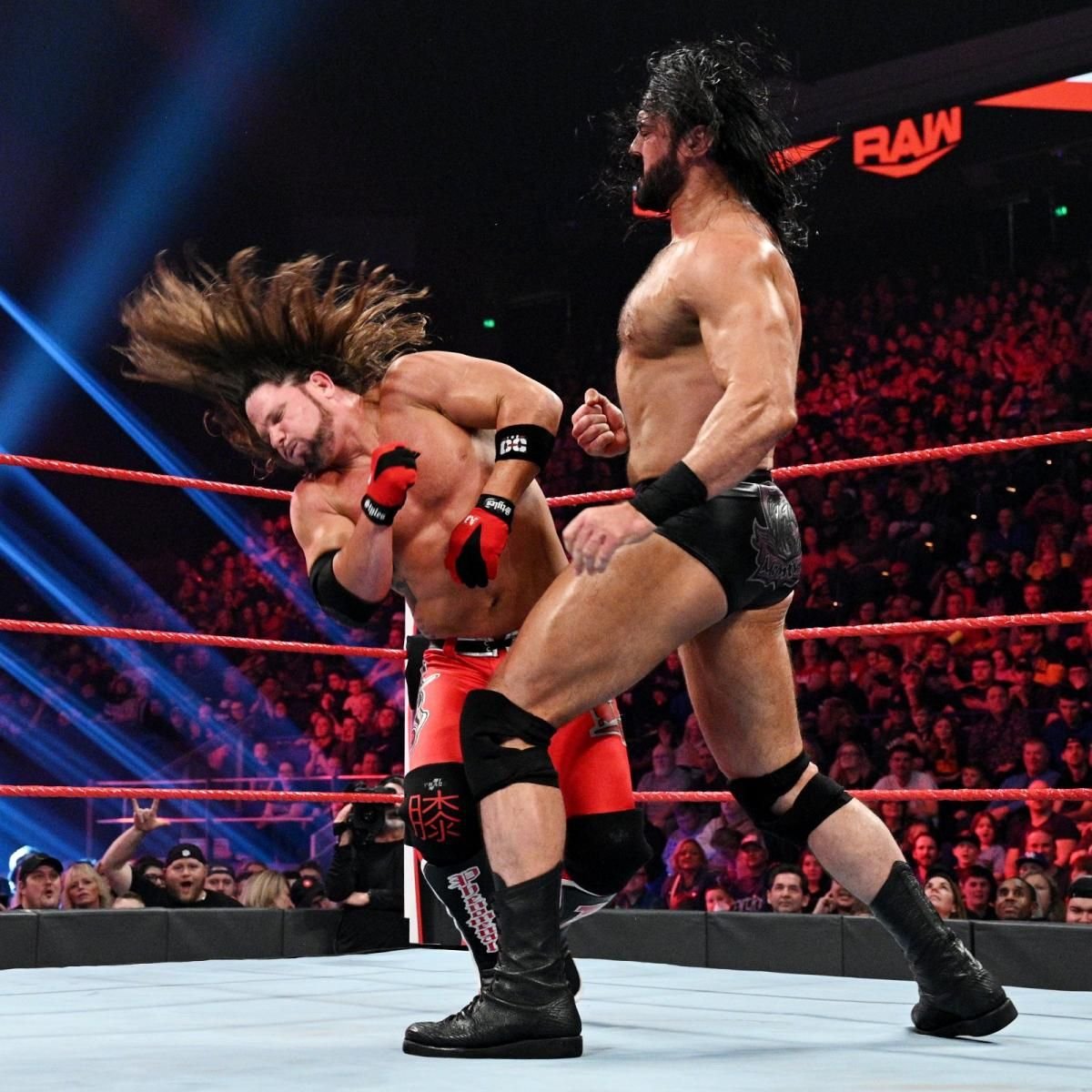 AJ Styles decided to move to SmackDown before WWE could put them together in the ring. McIntyre says the fans will have to wait for that match-up.

“He comes back to WWE. I come back to WWE. We’re both on RAW, and we’re both bad guys, but finally, I’m a good guy, and he’s a bad guy. It’s going to happen, he disappears to SmackDown. So I guess we’ll have to wait for that match still,” Drew McIntyre explains.

Both A-listers going at each other would be a spectacle to watch. Drew McIntyre is currently in a feud with Bobby Lashley. AJ Styles may feud with the WWE Champion for a title run in the near future.

McIntyre also named Adam Cole as one of the NXT Superstars he’d like to face, stating they still have some unfinished business.

There are many angles to go about with the new WWE Champion, and with luck, we’d be witnessing some great moments.