Apex Legends Season 5 launched in May and brought a bunch of new additions and changes along. The update introduced to us the first-ever Season Quest called The Broken Ghost, and the second episode of the quest went live last week. The narrative had a hunt, A Legend Falls, and a story, The Detached Chaperone.

For the PvE hunt, players had to fight their way past Prowlers to obtain another piece of the mysterious artifact. On the other hand, the story after the hunt followed up on the events from the first episode.

The Broken Ghost’s story so far in Apex Legends 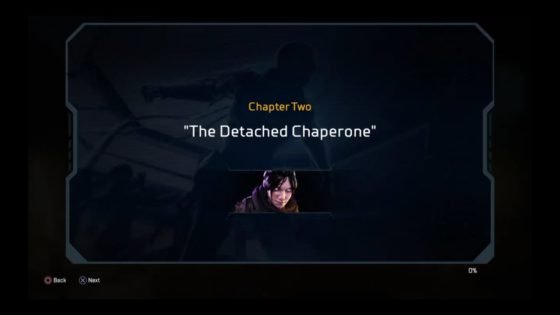 In the storyline for The Detached Chaperone, Wraith is on the lookout for Octane as he is on a set-up date with Yoko, Chief of Staff for Cheryl Amacci. She leads Hammond Robotics’ legal department. The main purpose of the date is to collect intel about Loba and Amacci. Assuring Yoko of an autograph from Bangalore, Octane obtains vital information despite being a terrible spy.

Apparently, Loba and Amacci met to talk about a “source code” stored in a secure warehouse in Skull Town. It is actually Revenant’s preserved human head. A Hammond security system teleported the code to somewhere else after Loba triggered the alarm in her unsuccessful attempt to grab it. However, Amacci is now willing to provide Loba with the new co-ordinates, but she wants something in return.

Meanwhile, Mirage has some terrible news. He radios Wraith to inform that Wattson has been critically injured. Ending the date abruptly, Wraith teleports Octane to a location where all the legends are gathered. Caustic hasn’t left Wattson’s bedside since. When Loba suggests acquiring other parts of the Gemini is what matters more, he pins her against a wall by her throat and warns her.

After that, Wraith questions her decisions and asks about the “source code.”. Before Loba can respond, Revenant confronts them out of nowhere and says, “I have a better question, girlies. When were you going to tell me there’s a whole world out there where I’m worshipped like a god?”. He has figured out others are working against him covertly.

If you’re looking for a detailed video about the hunt as well as the narrative it follows, The Gaming Merchant has one for you. You can watch it by clicking here.

Reddit video rounds up consequences for Loba after the quest

A hilarious video has surfaced on the r/apexlegends subreddit in the aftermath of The Detached Chaperone.  Redditor Zejanis shared a video in the format of a meme, which runs down the uneasy situation Loba finds herself in.

Ms. Wattson has many friends, so be careful how you treat her from r/apexlegends

In the meme, all the legends take turns to rough Loba up after she infamously claimed, “She’ll make a full recovery. What matters now is finding the other half of the Gemini.“. Lifeline, Caustic, Mirage, Wraith, Pathfinder, Octane, Bloodhound, Crypto, Revenant, and Gibraltar, everyone is upset about Wattson’s situation.

The legends were already dubious of their new counterpart, Loba. And the events of the second chapter, which mortally injured their friend, Wattson, has salted the relationship further.

Apex Legends: A Guide For The Sixth Hunt In The Broken Ghost Quest