Apex Legends recently concluded all of its quests for Season 5. The ‘Broken Ghost’ questline brought all the legends together and a lot of drama went down. The final quest revealed that Caustic was the one who betrayed the team and fed information to Revenant. Loba’s true intentions were also discovered as her wanting to give the ‘Broken Ghost’ away to Hammond Robotics. In exchange, they would give her the location of the place Revenant’s head was teleported. The new season is yet to start and EA is already teasing new map changes for Season 6.

According to this Subreddit, there are 6 new signs that have appeared on the World’s Edge map, at the Drill Site. Now, this points towards possible map changes in the future. But if this map is being altered, does this mean that we won’t be getting a new map? 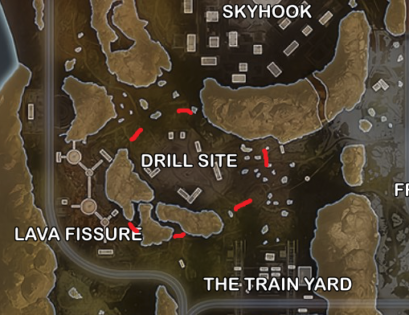 If you remember, Crypto finds hidden messages from his sister Mila in 3 different bunkers on the map. The messages reveal that Mila is quite possibly alive and in hiding. But there is also a 4th bunker on the map that points towards something else entirely. In the bunker, you find a character who is quite possibly Ash, an antagonist from Titanfall 2. Once you replace its head, the character comes back to life and says ‘The path ends here. Welcome to Olympus.’

Olympus is a map that was teased before season 4. Now, since this map has been teased in Season 5, it is quite possible that we get Olympus as a new map in Season 6. However, this current construction hints towards something else.

Best case scenario, we could see both these things happening at the same time, which would be a treat for the fans.

Mystery man working for the Syndicate

There is also the mystery-man, who is the person that the people at Syndicate work for. Mila had mentioned this to Crypto in her last message and said ‘he’ was already inside the Apex Games. This could be another plot point for Season 6. This is where we could find out which legend is secretly working for the Syndicate. It could be someone who is closely associated with Crypto or someone else entirely.

As of now, there is no date fixed for the start of the new Season. The Season 5 Battle Pass ends on August 17th, which could mean that the new season will begin on August 18th. Big things are planned for us in Season 6 of Apex, and we can’t wait to find out what’s coming our way.

Apex Legends: Is it Time for a Pathfinder Buff?