On 28th May 2016, Atletico Madrid were once again the second best team in a Champions League final against their cross-town rivals Real Madrid. After having one of the best seasons in the past few years, they ended up with no silverware to show for their efforts. Their charismatic manager and coach Diego Simeone says that nothing will ever make up for the two Champions League finals defeats he has suffered against the ‘Los Blancos’.

But even after having a second consecutive trophyless season, Atletico Madrid are still a big force to be reckoned with, in the upcoming 2016-17 season.

After his arrival at Vicente Calderon in 2011, Diego Simeone has transformed Atletico Madrid into one of the most competitive teams in European football. ‘Los Rojiblancos’ look up to their manager for inspiration every time. His tactics and antics from the sidelines have always helped his players in one way or another. With 35 clean sheets overall in 57 games last season, Atletico Madrid clearly represents Simeone’s defensive style of play.

With new and impressive star signings like Nicolas Gaitan and Kevin Gameiro, it’ll be interesting to see a more attacking Atletico side. And to add to that, Atletico have one of the best players of the summer Antoine Griezmann, in their ranks. Angel Correa, Yannick Carrasco, Saul Niguez and Jose Gimenez are few young and exciting prospects to look forward to, in the new season.

And moreover, the 32-year old striker Fernando Torres extended his contract for one more year with his childhood club, much to the delight of Atletico Madrid faithful. 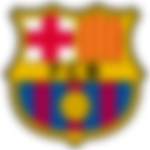 FC Barcelona : Any game between a team from Catalonia and a team from the capital of Spain is more than just a game. 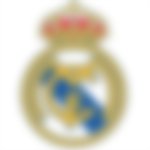 Real Madrid C.F. : “Cross-town rivalry becomes European rivalry.” ‘El Derbi Madrileño’ has become one of the most watched and anticipated derbies in the past few seasons. Atleti will look for revenge after the heartbreak in a penalty shootout. Although, Atletico have won 3 of their last 4 matches against Real Madrid in La Liga. 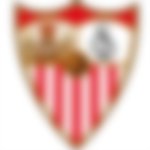 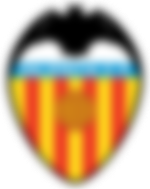 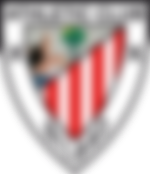 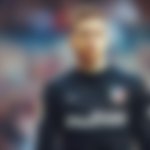 Jan Oblak (GK) : Jan Oblak will start his 3rd season at Vicente Calderon. The 23-year old Slovenian International kept 32 clean sheets in 51 games last season. Miguel Angel Moya may be used for Copa Del Rey games only, while Oblak will be the first priority for La Liga and Champions league. 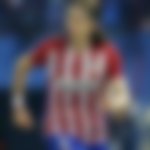 Filipe Luis (LB) : Filipe Luis will feature in his 6th season for the club as Simeone’s first choice for the left-back position. He played 45 games last season and was one of the main reasons for Atletico’s defensive dominance. 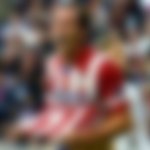 Diego Godin (CB) : “The Captain without the armband”, as they say. Playing in his 7th season, Godin is the first choice for the centre-back position. He featured in 46 games last season and has that knack of scoring some important headers as well. 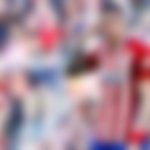 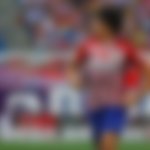 José Giménez/Stefan Savic (CB) : The fight for second Centre-back position will be contested between the young and promising Uruguayan defender Jose Gimenez and the experienced Stefan Savic. 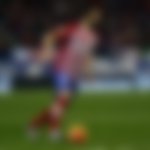 Juanfran (RB) : Juanfran missed the most crucial penalty against his former team in the Champions league final and ended up in tears. He would certainly look to have a better ending this time as he starts his 7th season for the ‘Los Rojiblancos’. 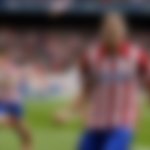 Koke (LCM) : Koke has been one of the most vital players for Diego Simeone’s side for the past few years. He will start his 8th season for the club. Koke scored 5 goals and had 15 assists in 50 games last season. 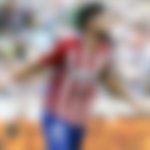 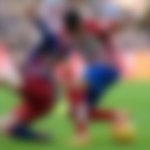 Yannick Ferreira Carrasco/Augusto Fernández (CM) : Although Carrasco usually plays as a winger but Simeone might use him in his midfield as he’s very dangerous on the counter. Carrasco impressed in his very first season for Atletico as he scored the all-important equalizing goal in the Champions League final. He had 5 goals and 3 assists in 43 appearances last season. Augusto Fernandez will also feature in his second season at Vicente Calderon after a decent 2015-16 season. 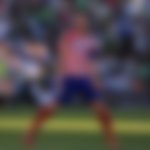 Gabi (C)(CM) : The Atletico Madrid captain will feature in his 9th season for the club. He was magnificent in the Champions League final but ended up on the losing side. He made 51 appearances for Atletico last season. 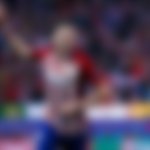 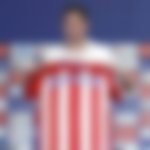 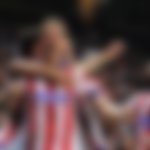 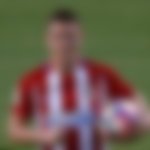 Fernando Torres/Kevin Gameiro (ST) : Fernando Torres was very impressive last season as he bagged 12 goals from 44 games . But this season he will have to fight for his place against former Sevilla striker Kevin Gameiro who also had a fantastic 2015-16 season, scoring 29 goals from 52 games. 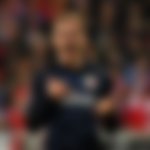 Antoine Griezmann (ST) : One of the very best players in the world and a huge fan favourite right now, Antoine Griezmann, without a doubt, will be the star of Simeone’s Atletico in the new season. He bagged 32 goals in 54 games last season and won the Golden boot in EURO 2016. But he’s yet to receive a winner’s medal. Hopefully, this might be the season where he finally gets one.

Can Atletico Madrid repeat what they did in La Liga in the 2013-14 season and go one step ahead in Champions League? They certainly have more than a decent squad to do that.