The Australian Open 2021 is just a month away and its excitement is already touching the sky. It will be the first Grand Slam of the year, and fans are quite enthusiastic to watch their superstars play in Melbourne. Not only fans but even some legends of the sport will also be witnessing the Australian Open live.

However, there was some sad news as well. Firstly, Roger Federer withdrew from the Australian Open 2021. To add to this, 11-time Grand Slam winner Rod Laver recently announced some heartbreaking news. He updated the fans that he would be staying at his home this time and would not watch the Australian Open live.

“I’ve made a decision to stay home this year and sadly will miss the Aus Open,” tweeted the tennis legend.

I've made a decision to stay home this year and sadly will miss the Aus Open. I’m really looking forward to seeing tennis start up again in my house at RLA and will have a virtual front row seat! Best wishes to everyone competing and to Tennis Australia for making it happen. 🚀

Although the former Australian player won’t be able to watch the matches live, he seemed quite excited about the tournament. He said that he would be watching every single match at the Rod Laver Arena virtually.

“I’m really looking forward to seeing tennis start up again in my house at RLA and will have a virtual front-row seat!” added Laver. 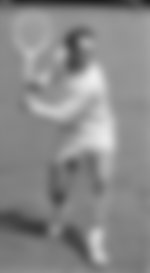 The former Australian player also praised Tennis Australia for organizing the Slam at such a tough time. He even gave his best wishes to every player competing and to the management as well.

“Best wishes to everyone competing and to Tennis Australia for making it happen,” concluded the 82-year-old Australian.

Laver is certainly quite electrified for the upcoming Grand Slam, just like fans. In a way, he also suggested to fans that they might not be physically present in Australia, yet they should support their superstars virtually.
The Australian Open 2021 will begin on February 8 after the conclusion of the ATP Cup 2021. Novak Djokovic will start as the defending champion at the tournament. Will he be able to defend his title successfully and win his 18th Grand Slam title?