German tennis star Alexander Zverev engaged in some harmless banter with his Italian rival Fabio Fognini after winning his Monte-Carlo opener on Wednesday.

The current World No. 6 barely broke a sweat in his 6-3, 6-3 win over rising Italian star Lorenzo Sonego. Coming off his second career Tour title on home soil, the first from his country to do so in 15 years, Sonego was no match for his opponent’s aggressive brand of tennis on the day.

Alexander Zverev posted about his socks after his Monte-Carlo win, setting off a lighthearted chat with Fabio Fognini

After the match, Zverev shared an update on his Instagram page, saying that he was happy to get down and dirty on clay again. “Happy to get my socks dirty again @rolexmontecarlomasters #clayseason,” the German wrote.

To this Fognini, the defending champion at Monte-Carlo, replied, “Bad luck…because normally on hard court u use it twice?!? @alexzverev123” 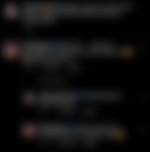 Zverev replied that he is actually in the habit of using the same pair of socks four times when playing on hard courts. “@fabiofogna 4 times actually,” the German wrote back.

To this, the Italian responded, “@alexzverev123 mmmnm love ur cheese’s feet”.

Fognini’s road to a successful title-defense at the principality has been hitch-free so far as he has reached the last-16 of the tournament with two comfortable wins over Serbian Miomir Kecmanovic and Australian Jordan Thompson. He has set up a last-16 tie with another Italian Filip Krajinovic.

In a much-anticipated third-round clash on Wednesday, his countrymate Jannik Sinner went down to current World No. 1 and reigning Australian Open champion Novak Djokovic in straight sets.

Eleven-time champion Rafael Nadal opened his campaign with a straight-set romp over Argentine Federico Delbonis and will take on World No. 18 Grigor Dimitrov in another topline clash on Thursday.

During his stunning championship run in 2019, Fognini took down the ‘King of Clay’ on one of his favorite turfs in the semifinals.