The young American player Sebastian Korda has proved that a difficult draw will not hold him back from moving forward at the Australian Open. With his astounding performance against Hubert Hurkacz, the world no, 31 has reserved a spot for himself in the quarter-finals of the major. He owes it to his performance, coach, and parents. Being from a professional tennis background, the player has an added advantage in his genes from his parents Petr Korda and Regina Rajchrtova.

Both the parents of the American tennis sensation have played professionally. Not just that, they have had astounding careers on the court, which yet again has become an inspiration for the young player.

Petr Korda and Regina Rajchrtova, the legends behind the young American sensation, Korda

Both parents were an active part of the tennis circuit, where the two had great careers. Petr Korda has had a successful on-court career, winning not one but two major titles. One in the singles category and one in the doubles category. He won his first major alongside six-time major champion Stefan Edberg in 1996. Then, after two years, he won the singles grand slam title at the Australian Open in 1998. He made his debut on the ATP Tour in 1987 and won his first singles title in 1991.

Furthermore, he also became a runner-up at the 1992 French Open. Including the singles major, he has won 10 ATP titles, making him one of the most celebrated Czech tennis players of all time. Additionally, he was also a part of the Czech Republic team that won the Hopman Cup in 1994.

To date, he remains the only Czech male player to win a Grand Slam title. The tennis star clinched a career-high ranking of world no. 2 and was a common name in the top 10 of the ATP ranking chart.

Moving on, Sebastian Korda’s mother, Regina Rajchrtova was also a professional tennis player. On the WTA ranking chart, she reached a career-high of world no. 26. 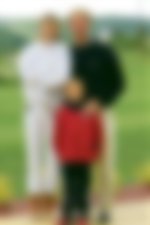 His mother reached the fourth round of the US Open in 1989 and 1991. After bidding farewell to the sport in 1993, she has been a role model for her son, who is now doing wonders at the Australian Open.

Sebastian has considered his father one of his biggest role models. And along with that, he also considers the American tennis legend Andre Agassi to be his idol.

So, before facing the 10th-seeded Hubert Hurkacz in the fourth round of the Australian Open, he made sure to seek his idols’ blessings. His gesture was not for the public eye. The player gently tapped on the names of his idols while walking, which turned out to be a subtle yet astounding tribute for the two retired players. Subsequently, the fans were quick to notice and hailed him for keeping his roots intact.

It seems like the blessings worked, as he has secured a place for himself in the quarterfinals of the Australian Open against Karen Khachanov.