After two years, the five-time Grand Slam champion, Alfie Hewett has been cleared to compete in wheelchair tennis professionally. In 2019, the ITF (International Tennis Federation) released a modification of the rules, which prevented Hewett from playing.

However, just recently, the Brit announced the good news that, as per the new criteria, he is now eligible to don the court again. More importantly, the former World No. 1 also confirmed his participation at the forthcoming Australian Open next year.

The guidelines in 2019 stated that any player suffering from Perthes, a condition the Brit has, couldn’t justify the use of the wheelchair in tennis. His future since then hanged in balance as the conclusion on the verdict was further delayed because of the pandemic.

However, the ITF released a final set of guidelines in which only those who can play while standing will be ruled out from wheelchair tennis. This has enabled Hewet to restart his wheelchair tennis career, who ecstatically took to his Twitter to share the good news.

I’d like to share some good news with you all 😁
After a long period of uncertainty about my future in wheelchair tennis I can gladly say based on the new sport specific criteria I can continue playing 🎾
It’s been some two and a bit years to reflect, I couldn’t possibly pic.twitter.com/gB97B8yMSm

He said, ” I barely got a wink of sleep the night before so I was pretty drained, just floods of tears. Only now I realize how much it all really weighed on me. You’ve probably all felt it in your lives at some point when something so heavy is taken away you actually feel that lift off your shoulders, and I did. I just felt so much relief.”

Moreover, Alfie Hewett also confirmed that he’ll be playing at the Australian Open in January 2022. In the doubles event, he will partner with Gordon Reid, his most successful tennis partner. 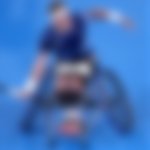 The British wheelchair tennis player has majestically triumphed at 5 singles Grand Slam titles and won 13 doubles titles. Moreover, Hewett also reached a career-high ranking of World No. 1 in 2018. Apart from Grand Slams, the Brit has also earned the prestigious silver medal at the Paralympics Games in 2016.

How excited are you for his return?

Atri Bhatt is a Tennis author at EssentiallySports. He is pursuing his Master's degree in Sports Management from Deakin University, Australia. In addition to critically analysing the game, he also plays tennis professionally.
ARTICLES BY AUTHOR