Andy Murray could not live up to the expectations from him in his match against Stan Wawrinka at French Open 2020. The Briton looked like a pale shadow of his former self as he crashed out 6-1, 6-3, 6-2 in his first-round match. Soon after, he faced heavy criticism from former world number one Mats Wilander.

Wilander did not take lightly to Murray’s one-sided defeat. He accused the three-time Grand Slam winner of ‘giving false hopes’ of a triumphant return.

“I worry about Andy Murray. I would love to hear him say why he is out there, giving us a false sense of hope that he going to come back one day,” Wilander said after Murray’s exit. He added, “I keep getting a little bit disappointed, is it his right to be out there doing that? Why?”

He said that the 33-year-old Murray has no right to go out there and take wild-card entries into events that the younger players deserve. The French Open 2020 organizers handed Murray a wild-card to participate in the event.

“I did it and I shouldn’t have, it was the biggest mistake I did in my career. I think Andy Murray needs to stop thinking of himself and start thinking about who he was. Does he have a right to be out there taking wildcards from the young players?” the seven-time Grand Slam winner continued.

Wilander himself retired when he was 26 years old. He returned a couple of years later and played for 3-4 years after that.

Murray reacts to Wilander’s comments and dissects his performance

Murray reacted to Wilander’s comments in a sarcastic manner with a simple “Love this”. 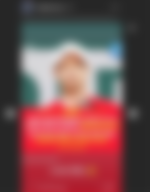 A former world number one himself, Murray was also critical of his performance. “I haven’t served like that… that’s nothing to do with my hip. Mistiming returns and serving at 38% that’s got nothing to do with that,” Murray said.

“That’s something I need to look at with my team. There’s been matches I’ve served well since I came back, that’s not a physical issue,” he added.

Before the French Open, Murray lost in a similar fashion to Canadian youngster Felix Auger-Aliassime at the US Open 2020. However, the week before that, he beat US Open finalist Alexander Zverev at the Western and Southern Open.

Only time will tell how he responds to Sunday’s defeat.