One of the elegant one-handed backhand players to have made his pro debut ahead of Swiss Maestro Roger Federer, former world no.2 Tommy Haas has remained one of the closest friends to Federer till date.

The duo fought many exciting battles against each other as Federer got the better off Haas on most of the occasions. Currently the tournament director for Indian Wells, the German player won 15 ATP titles in his career and managed to reach the semi-finals at Wimbledon(2009) and Australian Open(1999,2002,2007).

Tommy Haas shares his views over the comeback of Roger Federer

Having remained close to Federer over the years, Haas talked about the Swiss star’s injury amongst many other things in a recent interview to L’Equipe.

“He’s happy. He has no reason not to be. He knows that, there is a lot of gratitude in him. He loves life. But he’s still hungry. He still hopes he can come back. He wants to stop when he wants to. Decide when it’s time to tell yourself that you don’t like it anymore, that you lose too often”, Haas said. 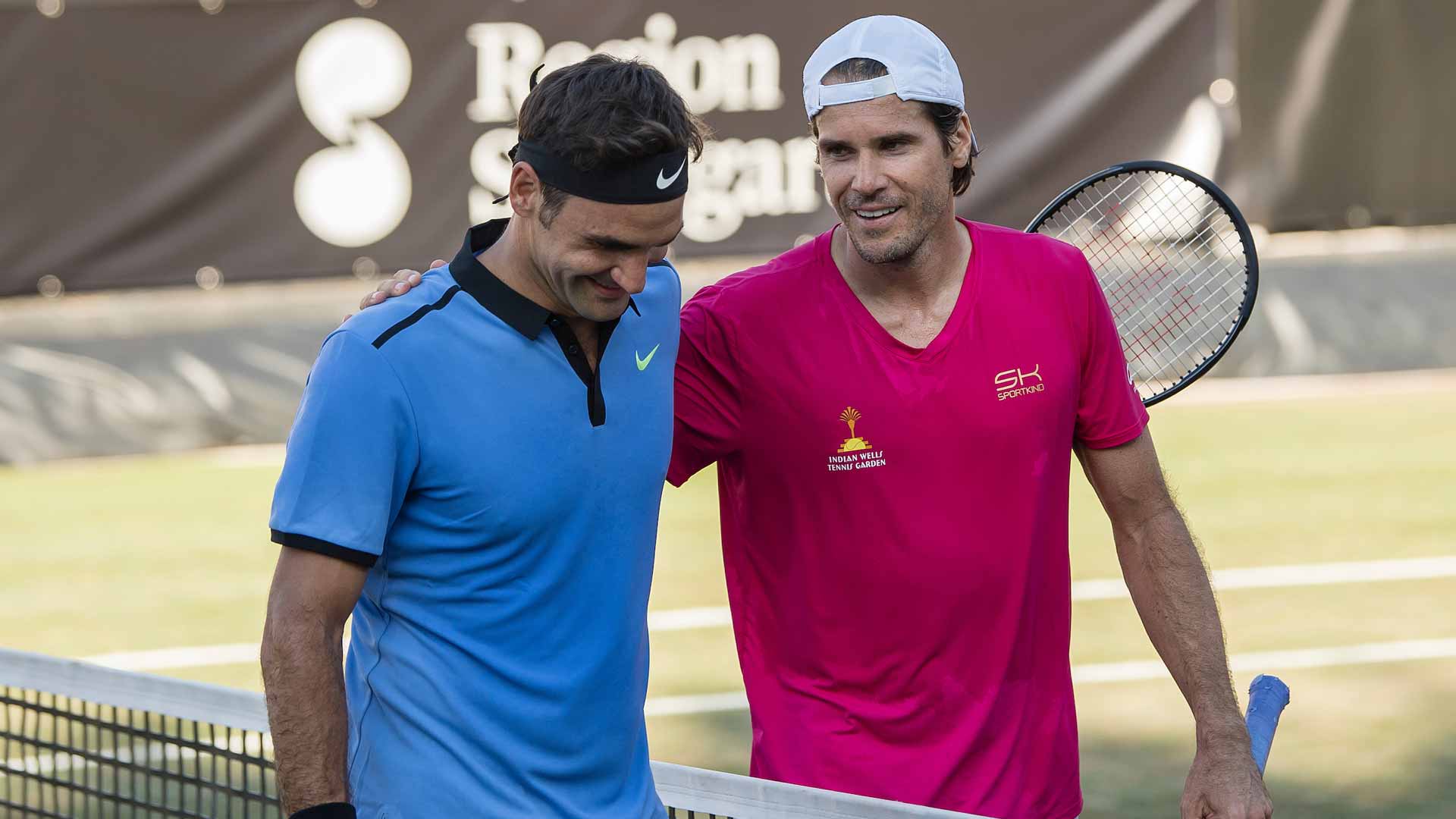 Even though the sample size of Federer’s matches were too small to talk about his form, the Swiss Maestro was expected to make a mark at SW19 this year. But, he lost to Hurkacz in the quarters.

“We saw at Wimbledon that he was a bit injured, he was not moving as well as usual. But he will make every effort to come back. I’m 100% sure the goal is Wimbledon. It’s his best surface to go even further, again”, continued the German.

While Federer is yet to give an official update over his health status, he recently expressed his desire to be back in playing form by next year’s Laver Cup to represent team Europe alongside Rafael Nadal and others.

However, the Swiss star’s Australian Open appearance will most likely not happen as Federer appeared with crutches at Laver Cup in Boston. But, Haas appeared confident that the 20-time grand slam champion can pull off a 2017-like comeback.

Watch this story: A Look Inside the Millionaire Lifestyle of Novak Djokovic

“This process can go faster” – Haas optimistic over Federer’s return

“For Roger, this process can go faster. We saw it in 2017 when he won the Australian Open, Indian Wells and Miami in such an incredible way that we were to the point of thinking that he would need more breaks than four-five months”, Haas remarked.

In conclusion, the German player is positive that a response regarding Federer’s comeback will be given in the months of April or May next year.

“Everything will depend on how he can overcome it physically. We will have an element of response in March, April, May”, concluded the German.

By the time Federer returns to the ATP tour in 2022, more youngsters will be ready to tackle the Swiss and even defeat him on various surfaces. The likes of Daniil Medvedev and Stefanos Tsitsipas can trouble Federer provided they enjoy the best of forms next year.