While he has had a good many well-documented meltdowns on the court, does Nick Kyrgios let the pressure of a match situation affect his tennis? Does his game, in other words, slip into an abyss when put under pressure?

Well, apparently not, and there are stats to prove it.

The maverick Australian tennis star has punched out some interesting pieces of statistics for his Instagram followers to show that more than yielding to pressure, he takes the level of his tennis up a notch or two when put under the cosh.

The tall Canberra lad has come out on the winning side of many close and edge-of-the-seat finishes in his career and the numbers that he has shared only stands to affirm how he invariably fought back every time his back was against the wall.

They say stats don’t lie and the fact Kyrgios holds an impressive 62.5% win percentage in deciders shows that he seems to move to a fifth gear every time a match goes to a fifth set.

Adding more shine to his finishing credentials in close games, the burly Australian has saved 65.3% of break points against him. It goes to show that even the most persistent ones have struggled to break his game and when most times his serve was put under pressure, he came out with flying colors. 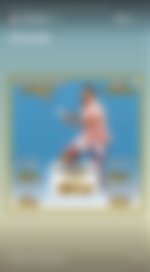 Kyrgios, as the stats show, has won a whopping 58.1% of tie-breakers and has converted 48.2% of his break points, thereby showing that he is on quite another level when it comes to battling crunch situations and winning tight games.

Kyrgios has an overall under pressure rating of 234.1

Now, to the most startling piece of statistics of all; Kyrgios has an overall under pressure rating of 234.1, making him the ‘CLUTCH’ in men’s tennis.

For those struggling to see how the allusion fits, the basic function of a clutch in a vehicle is to transfer the rotational power from the engine to the wheels. And in Kyrgios’ case, the pressure is the clutch as it shifts his inner strength (engine) to his legs (wheels).

As far as self-assessment goes, one would struggle to find a better word for that spring in his step every time an opponent thinks he could be rolled over.

That trademark fighting spirit will be on show again as the 25-year-old returns from the doldrums and leads his country’s charge at the Australian Open.