The world has come out in support of Naomi Osaka after she withdrew from the French Open 2021. The Japanese star took the decision following the fiasco that followed after she’d opted not to do her press duties due to mental health issues. Judy Murray spoke in support of the World No.2 and has urged tennis chiefs to provide mental healthcare to players.

Last week, Gabby Douglas spoke in support of the young tennis star and shared her own experience regarding mental health.

Judy Murray OBE is the mother of British players, Andy Murray and Jamie Murray. She has also coached both her sons in their career’s initial stages and holds the title of OBE (Officer of the Order of the British Empire). 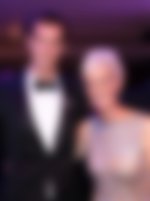 Judy Murray and her advice for mental health issues

“The Osaka incident maybe showed that we need to understand the generational gap between the young players wanting to influence things in their own way, rather than the old guard who ran the tournaments and organizes the tour telling them what they need to do and wanting to keep things the way they have always been,” said Judy in an interview with Tennis365.

The young players have to go through a lot, irrespective of which sport they play. Understanding the commercial side of sports can get a bit tricky for them.

“Not enough emphasis is put on what being a top player will bring like budgeting, accounting, dealing with sponsors, having a microphone thrust at you after a match. They need to do all of that and we should be bringing some of these aspects into junior tournaments in a fun and relaxed way,” said Judy.

Why is Mental health Important?

Mental health is a serious issue, which needs to be addressed. Athletes have to take care of their health, fitness, routine, and numerous other things. An athlete does not get time to look after his/her mental well-being. Hence, it is the duty of the media and fans to give them some space and time.

“A lot of talking points and issues have been raised amid this story and I hope they are addressed properly,” said Judy.

This is a very important point to focus on, especially during a pandemic. People have lost their close ones in the past 18-20 months, and we as people should become more understanding. While it won’t happen instantaneously, Osaka has certainly compelled a dialogue to be opened up on this issue. And with the likes of Judy taking it up too, we can hope it develops into something tangible.