Australian player Thanasi Kokkinakis got off to a great start at the Australian Open 2021. The World No. 267 player defeated Kwon Soon-woo in the very first round of the Grand Slam.

What was completely superb was that Thanasi thrashed his opponent and was able to win the match in straight sets. However, what made his day special was the message that he received from Roger Federer.

Thanasi didn’t give his opponent any sort of chance and dominated the entire match. The final scoreline of the match was 6-4, 6-1, 6-1.

He became even happier when Federer personally messaged and congratulated him on Instagram. He even took a screenshot of the same and put that on his Instagram story. 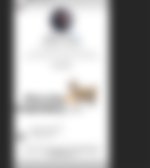 “Nice one Thanaser. Happy for you,” wrote Federer in the message.

Even though the Swiss Maestro is not playing at the Australian Open 2021, he seems to be surely keeping an eye on all the matches.

In response to this, Thanasi wrote a message for Federer and even attached a ‘goat’ emoji to honor the tennis legend. “What a king, Roger Federer,” replied a cheerful Thanasi.

Fans are quite aware of the special and bitter connection between Thanasi Kokkinakis and Roger Federer. The Australian player earned quite a big name when he defeated Federer in the second round of the Miami Open 2018.

Thanasi made a spectacular comeback in that match. After losing the first set, he won the second set and then went on to win the tie-breaker in the final set. The final scoreline of that match was 3-6, 6-3, 7-6.

The Australian has only played once against Federer and surprisingly, he won that contest. Although Federer lost that match, he has surely won the hearts of tennis fans after his great gesture recently.

Thanasi will now face World No.6 Stefanos Tsistsipas in the second round of the Australian Open 2021.

Will he be able to cause yet another upset and knock out the in-form Tsitsipas from the Grand Slam?