The French Open 2021 will begin tomorrow and fans are quite exhilarated about the Grand Slam. It is happening on its usual time this time, unlike last year when it got delayed.

As we march towards the major, let’s have a look at the commentators who will be bringing the event live to the audience. Here’s a list of the people who will be commentating at the French Open 2021.

Petchey has been the former coach of Former World No.1 Andy Murray. Interestingly. he was the one who shaped the British player’s career in the very beginning.

Currently, he works for Sky Sports, BBC, and ITV and commentated at the French Open last year as well. In addition, he also does tennis analysis on ATP Tour Tennis.

Having been a commentator for the last 16 years, Courier’s voice is quite familiar to tennis fans. He is himself a 2-time French Open winner and currently works for the Nine Network.

What’s more, he works as a tennis analyst on Tennis Channel and has commentated on many matches of the ATP Tour before. 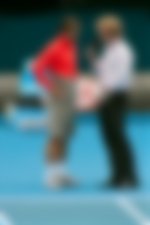 After the matches, one might even see Courier doing on-court interviews with the players. His funny questions during interviews is the reason why he is so popular.

Just like last year, Santoro is also there in the commentary panel of the French Open 2021. Having previously coached tennis star Milos Raonic, he is a tactician of the sport.

Fans surely haven’t forgotten the voice of the Frenchman and will be looking forward to hearing him yet again.

Mats Wilander- The new one at the French Open 2021

Who doesn’t know the great Mats Wilander! A 7-time Grand Slam champion and 3-time French Open winner, Wilander is one of the legends of the sport. 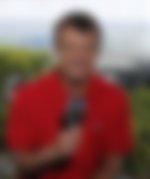 Even though he was not there on the commentary team last year, he has been commentating for quite some time now and will be seen on the desk with a mike at Roland Garros 2021. It’ll be intriguing if he’ll be the one who will announce the winner of the tournament after the finals.

Just like Courier, Smith currently works for the Nine Network- the official broadcaster of the Australian Open. Before this, she worked with Sky Sports, BBC, ITV, Amazon Prime, and Eurosport.

Interestingly, Smith was the British No.1 player for 3 years before beginning her career in commentary.

Along with these five greats, Nick Mullins, Jonathan Overend, and Anne Keothavong will also be present in the commentary box. It will be fascinating to see who will emerge as the winner of the tournament.