Australia has won both the T20I matches before the third and the final one. This tour of Sri Lanka has been a nightmare so far as they have been dominated by the host both in batting and bowling department. Sri Lanka will be looking to put up a good performance against the host in the final match. Here is the Aus vs SL 3rd T20I Dream 11 Predictions.

The 2nd T20I between Australia and Sri Lanka will be played on 1st November on Wednesday at Melbourne Cricket Ground, Melbourne. The match is scheduled to start at 1:40 PM IST (08:10 AM GMT / 06:10 PM LOCAL).

The host have won first two T20I quite easily against Sri Lanka. In the first match they won by 134 runs and in the second one it was by 9 wickets. Hence the host does not really need to do anything out of the box in the 3rd one. The batting looks solid with Warner, Smith, Maxwell and Finch in the top order. The bowling looks phenomenal with Cummins, Agar and Zampa in the side. With out any doubt, Australia will be a huge favorite going into the 3rd T20I.

This tour has not been good for Sri Lankan team at all. In both the matches it has a disappointing performance both with the bat and the ball. Though Gunathilaka, Perera had decent knocks in the last match clearly it was not enough as the team could only manage to get 117.In the bowling no one has really put up a stand out performance yet. However, Sri Lankan fans do expect their team to bring up its A game in the final T20I.

There have been no injury updates from both teams.

Although we might see some clouds during the match, fans are likely to see an uninterrupted match. 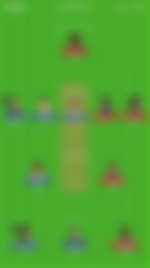