With Champions Trophy just a few weeks away, Essentially Sports will give a detailed analysis of probable XI for all eight teams participating in the tournament. Here is the list of a possible Australia’s XI who might get their name on the first team sheet.

David Warner is on fire lately. During 2016-17 season he has scored 1755 runs with an average of 65. At the time of writing, he holds the Orange Cap in IPL. There is is every chance of him being in the starting line-up. For captain Steve Smith, choosing Warner’s partner will be a tough choice. There are two options, Finch and Lynn. Finch is having a bad season as he scored only 715 runs playing 25 innings. He had hoped to make his bad form disappear in IPL but he is struggling there too. On the other hand, Chris Lynn would not spare any bowlers as he smashed runs in BBL and now in IPL. During 2016-17 season he has played 30 matches and managed to score 1245 runs with an excellent average of 54. Choosing between Finch and Lynn should not be a worry for Australia, going by current form, Lynn is the clear favourite. Aussies have a long middle order. Smith always bats at number 3 and they have plenty of options to choose from, but with Glenn Maxwell’s current IPL form, he is a likely candidate for number 4. If they leave Travis Head out then they will go with Moises Henriques but with Henriques defensive batting, they will prefer the former. Matthew Wade has a reserved spot in the team no matter how he performs because he is the good only wicket-keeper they have. 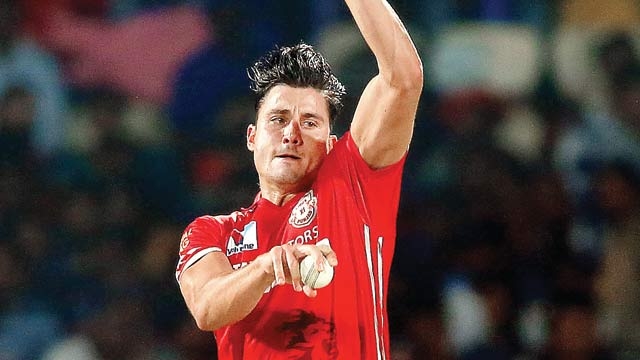 Although with Maxwell’s bowling performance in IPL one might say that he is the perfect all-rounder. In England, conditions will be different and we may say that there will be fast pitches. So Marcus Stoinis, who performed very well in New Zealand series, will be the first choice. Mitchell Starc missed a lot of cricketing action due to his injury in the past year but now he is fit and will be the death-over expert of the team. Josh Hazlewood is at the peak of his career with some good performances in the Test series against India. He might be a good option to open the attack. With James Pattinson’s very bad form they have only one option which is Pat Cummins. Cummins hasn’t played any eye-catching cricket but he has one or two good performances to add.

IPL 2020: Suresh Raina Opens Up About The Future of the Tournament